Home>Articles on United States>Articles about New York City>History of New York. The base, the formation, the development of New York

History of New York. The base, the formation, the development of New York 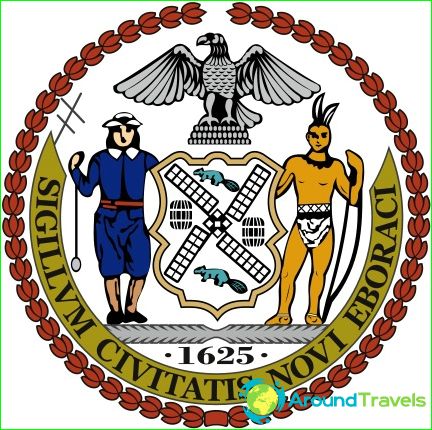 New York - the most populous city in the United States, one of thethe most populous metropolitan areas in the world. The city is located on the Atlantic coast in the same state. The world's largest harbor, New York City consists of five boroughs: The Bronx, Brooklyn, Manhattan, Queens and Staten Island, which were merged into one city in 1898. New York was founded in the early seventeenth century, until 1664 it was called New Amsterdam.

Once the territory of present-day New York CityIndian tribes lived. The first European inhabitants appeared here in 1624, when a Dutch company on the fur trade was founded in New Amsterdam. In 1664, Governor Steyvesant gave New Amsterdam to the British in exchange for Suriname colony. The Duke of York immediately renamed the city of New York.

In 1776 it was the largest in Brooklynthe battle for the independence of the United States - Battle of Lond Island, where the Americans were defeated. The city became the British military and political base. Only seven years later, the Americans again took possession of New York.

In the nineteenth century because of the huge influx ofimmigrants size of New York is rapidly increasing. During this period, the architectural development of the city plan was created. In 1835, New York became the largest US city.

Since the twentieth century, New York became thethe most important global financial and industrial center. In the 30 years in the city of several skyscrapers were built, he became the first metropolis in the world, exceeded 10 million mark population.

Returning World War II veteranssoundness of New York during the war initiated by the postwar economic boom and the growth of large residential areas. New York with his Wall Street and the United Nations headquarters took the dominant economic and political position in the world.

Many districts and landmarks in New YorkIt is now well known, the city is visited by approximately 55 million tourists a year. It is the most photographed city in the world. Times Square - one of the busiest intersections in the world and the largest center of the global entertainment industry. One of the most famous attractions are the Statue of Liberty, Broadway theaters, Central Park, the Metropolitan Museum of Art, Rockefeller Center, Fifth Avenue, Empire State Building and many others.