Home>Articles on United States>Articles about New York City>The suburbs of New York - a photo, what to see

The suburbs of New York - a photo, what to see

The suburbs of New York 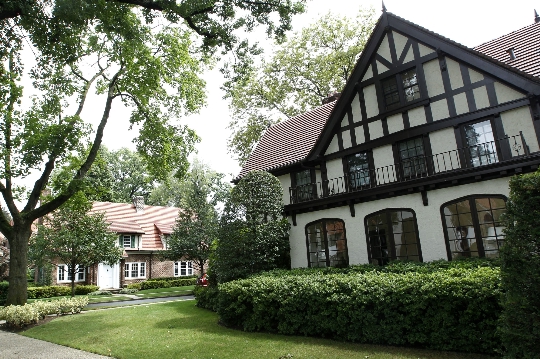 One of the largest urban agglomerations in the world,New York was founded by Dutch settlers in the early XVII century, and since then its population has increased from a few dozen to twenty million people. Center of the city is the island of Manhattan, and the suburbs of New York City or borough, as they are called officially, is considered to be the Bronx, Queens, Brooklyn and Staten Island. However, their inhabitants could legitimately feel like a real New Yorkers.

Bronx Borough only a suburb of New York City, located on the continent, and its main attractions, which attract thousands of tourists, according to Bronx Zoo and Botanical Garden.
The zoo was founded in 1899 and today it is the mostlargest urban zoo in the United States. He was the first in the country turned its guests from the cells in conditions close to their natural habitat, and today we can see a few dozen species of animals in spacious enclosures, which are threatened with extinction.

Suburbs New York Staten Island takesthe eponymous island and the first place in the metropolitan area by the number of greens. Over the weekend, here are selected local residents to enjoy outdoor recreation.
Interesting celebrity - ferry,connecting the island with the most southern point of Manhattan. Yellow ferries run every half an hour and everyone can admire from a boat great views center and suburbs of New York for free.

Suburb of New York on Long Island - this boroQuince. Here it is located the two international city airport. Get some fresh air in Queens can be in the park, an area only slightly smaller than that of the famous Central Park in Manhattan. Other attractions of the borough - Queens Museum of Art and Science Hall.

The former village of Amsterdam immigrants,Brooklyn is famous for its bridge connecting the suburbs of New York City to lower Manhattan. The bridge was opened in 1883 and at that time it was the largest suspended ferry in the world. Silhouette of Brooklyn Bridge - one of the main symbols of the Big Apple, and its foot part - a place of rest, cycling and local residents and tourists.
Among the other attractions of thisa suburb of New York City - Brighton Ballet Theater, amusement park and the famous eatery Nathan's Famous, where championships are eating hamburgers global scale.

Milan for kids - something to see. Where ...