Washington Zoo - photos, price, hours of work. How to get to the zoo in Washington, DC 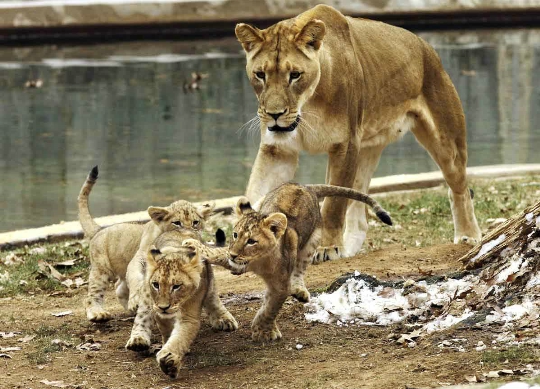 US Smithsonian Institution was founded in 1846year as an educational and research institution for the "development and dissemination of knowledge." Within its framework organized by several museums, exhibition halls and the zoo in Washington, consisting of two campuses. One of them - the public, while the second is devoted to scientific research.

The name of the zoo in Washington, DC - a synonymorganization, which collected and protected many rare and endangered species of plants and animals. In total, the park contains 1,800 guests representing more than 300 species, with one in five - under the threat of extinction.

Among the huge number of animal speciesZoo in Washington contains such rare species as the giant panda and the white tiger, the American bison and the maned wolf. The park is home to mammals and birds, reptiles and insects.
The most interesting exposition of the zoo in Washington -World Asia Elephant trails, lemurs Island, home of the great apes, Amazonia, large cats and birds House. Young visitors enjoy spending time in the children's farm, which is open pin mini-zoo. Goats, donkeys and alpacas - not only his guests, where you can pet and feed during certain hours.

Washington Zoo is located in the center of the north-western part of the city. The exact address - 3001 Connecticut Ave NW, Washington, DC 20008, United States.
Get in Smithsonial's National Zoo is easiest on the subway. From Woodley Park and Cleveland Park station to the main entrance - just a few minutes walk.
For those who prefer personal transport,the park is equipped with parking. Dimensions of parking is limited, and therefore urges the Administration to take the subway. Movement within skateboards, roller skates or bicycle is prohibited.

Opening hours of the park pavilions, shops and visitor center are dependent on the time of year:

The ticket price for car parking - $ 22, but the entrance to the zoo is free for all visitors. Amateur photos can be done without restrictions.

In Washington zoo hosts many themed events dedicated to both animals and national holiday. Details are available on the official website - www.nationalzoo.si.edu.
Phone +1 202 633 4888.