The suburbs of Boston - pictures, what to see 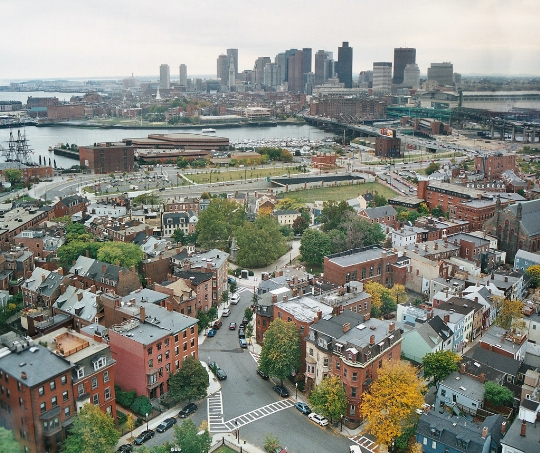 The largest city in New England, Boston is part oftop ten most populous in the United States. Its history began in the first third of the XVII century, and the suburbs of Boston today, as well as its historical center, can tell a lot of inquisitive travelers of those distant times.

The scientific world with a capital letter

In the Boston suburbs and in the citycentered around a hundred schools rank college or university, but because he is the unofficial status of American higher education and scientific development of the capital. The most famous among the top schools - Massachusetts Institute of Technology and Harvard University was founded in 1861 and 1636 respectively, and in the suburbs of Boston called Cambridge.
Boston and Cambridge shared river Charles, from the banks which is very convenient to watch the New Year fireworks and fireworks on Independence Day.
Harvard is famous not only for the magnificentform, which can be obtained as his student, and alumni, whose fame has long crossed the campus and Harvard yard. Eight future presidents of the United States and more than seventy Nobel Prize once sang here, "Gaudeamus". Harvard confidently holds first place in the country and the number of graduates, who made billions of dollars, while its library fund - the richest in the United States.
Wander through the old shady avenuesUniversity Park and enjoy the magnificent views of Boston from Cambridge side of the river Charles, rub for luck toe shoe John Harvard statue and find out why the length of the Harvard Bridge is measured in "the Troubles" as possible while on the most beautiful suburbs of Boston excursions.

35th US president John Fitzgerald KennedyHe was born in Brookline, a suburb of Boston, founded in the first half of the XVII century. Among the first settlers from the Old World, landed here and were the ancestors Kennedy from Ireland.
The main attraction of Brookline - its parks. This Boston suburb offers walks in Olmsted Park, which is part of the famous Emerald Necklace Massachusetts capital.

This monument is in the suburbs of Boston, Charlestownvisible from many points of the city. He looks like a sharp pencil, and ran to the sky over Massachusetts almost 70 meters. The obelisk was erected in honor of the largest battle during the American Revolution, which occurred in 1775. About three hundred steps of a narrow spiral staircase inside the monument leads to the observation deck, offering stunning panoramic views of Logan Airport, the suburbs of Boston, and a business center.

Holidays in Cyprus in June: prices and ...