Home>Articles on United States>The US population. The population in the US, especially the density, composition

The US population. The population in the US, especially the density, composition 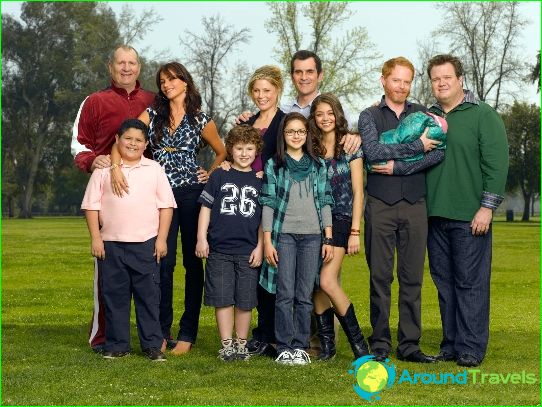 The population in the US is more than 317 million people (the population density - 29 people per 1 km2).
According to the ethnic composition of the US population is represented by:

According to statistics, 80% of Americans - came from European countries (Italy, United Kingdom, Germany) and 12% - is African Americans and Hispanics.
Since the number of Native Americans in the United States,represented by the Indians, Eskimos and Aleuts, he is constantly shrinking due to the fact that they exterminated and ousted from the conquered territories by European colonizers, and yet they were dying from various diseases, today in the US is home to only 1.6% of the indigenous population.
The peoples of the United States, profess differentReligion: 51% - Protestants, 23% - Catholics, 4% - atheism, 1.7% - iudeizm. In addition, the public can meet Buddhists, Islamists and supporters of other religions.
Official language - English, but in the everyday environment (outdoors, work, home), people speak more than 300 languages ​​(Russian, Chinese, Spanish, French, German).
Major US cities: New York, Los Angeles, Chicago, Philadelphia, Houston, San Francisco.

Male life expectancy is on average 75 years, and women - 84 year.
Residents of the United States most likely to suffer from diabetes, cancerlung and cardiovascular disease (men and 2 times more often than women). In effect, life expectancy and abuse addictions (smoking, alcohol).
American society is severely affected by overweight and obesity - this disease suffer more than 34% of the population, including 35% of children.
I am glad that the Americans believe the official medicine. So, thanks to the anti-smoking law passed in the country, smoking is only 19% of the adult population (10 years ago smoked 25%).

The traditions and customs of the Americans

Americans love to celebrate Thanksgivingcircle of relatives and friends at home: they decorate the house with flowers, put on the table the traditional roast turkey, apples, oranges, nuts and grapes.
If you are thinking in America, keep in mind that:
- Americans are opposed to casual acquaintances and companions;
- The United States does not give way to public transport, do not remove their shoes when entering the room, do not give gifts when they come to visit someone else's home;
- Smoking in restaurants and wrong places face fines, and drunk driving is a criminal offense;
- Attempts to skip forward or woman to help her get dressed - is regarded as sexual harassment;
- It is necessary to refrain from racist jokes.
United States - a country attractive for immigration, because the country presents different ethnic groups and peoples, who brought with them the interesting customs and culture.