Home>Articles on United States>Taxis in the US - the price order. How much is a taxi in the US

Taxis in the US - the price order. How much is a taxi in the US

Taxis in the US 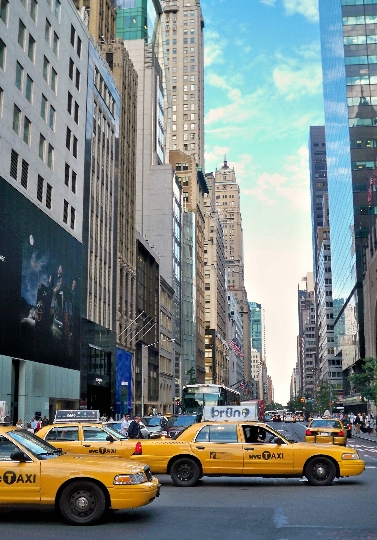 Even if you have your own car, manyAmerican families prefer to use a taxi because drivers know and detours, and the optimal route of movement. Taxis in America, as a rule, stands out bright yellow. For tourists and locals alike have the opportunity to not look out for a car among others, and catch it quickly. But there are exceptions: these are firms that offer services of high-end taxis. Such drivers black cars, but there are also white, but they are used only for weddings.

Besides color, the US taxi there are other differences. Occupation taxi driver here - the prerogative of the people involved in private business, so the taxi companies are not controlled by the municipality. Private companies engaged in carting, but among the taxi drivers there are people who simply work for themselves. The driver can then deal with carting, having solely a vehicle and having a license on hand, but it can only work at a certain time, the second period of the day he has to hire a person for one trip.

In the United States to become a taxi driver quite easily,you simply need to get right and they do not necessarily have to be just American. Simple right here can be easily exchanged for a standard for the country. It is worth remembering that Americans work as a taxi driver is not considered prestigious, so most taxi drive just migrants, but it does not speak about the dangers lurking on the contrary, there is this form of transport is the safest.

Each driver necessarily entered into the general base, and the car is the driver card.

All trips are paid at the counter here incar. There are areas with a fixed price, for example, from the airport or from the airport. If you do not know the rates, it is always better to settle for a fixed.

If you got stuck in traffic, then pay for the simpleit is not necessary, but for each stop will need to pay. In this country, it is sure to give a tip, which make up about 10 percent of the total cost of the trip.

Photos taxis in the US