Coat of arms of Colombia 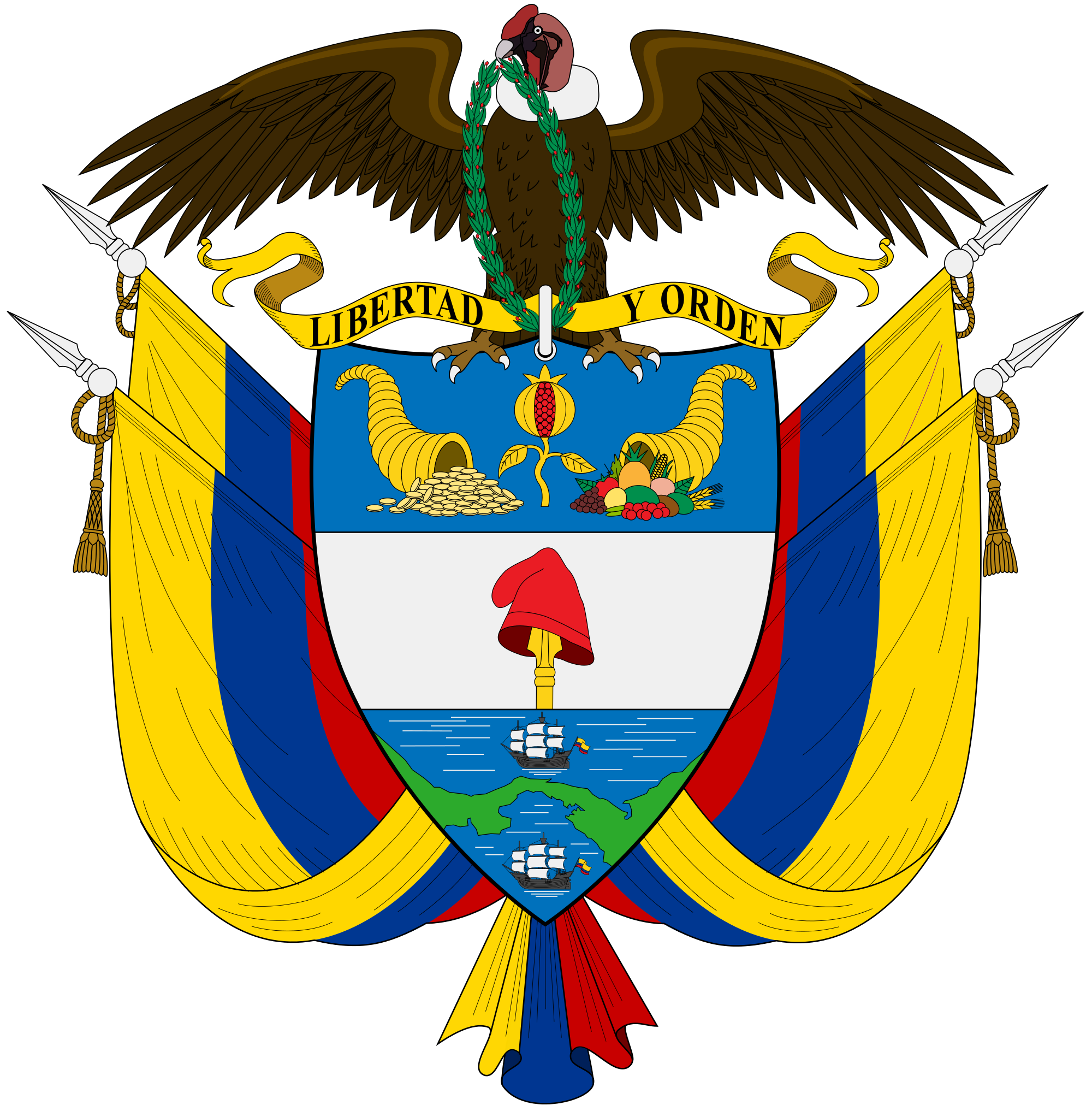 It seemed that this former Spanish colony is not solong gone to free the road, meanwhile, for nearly a hundred years it has not changed its main state symbol. And then, in 1924, Colombia coat of arms has undergone minor changes compared with the previous official symbol, approved in 1834.

First, Colombia is characterized by a coat of armscolorful and rich palette of colors and shades. It is possible to see: beautiful fruit of the pomegranate tree; two golden horns; red Phrygian cap, a symbol of the freedom of European and American peoples; azure oceans and two sailboat; condor.

Secondly, each of the symbols shown incoat of arms, filled with deep meaning, refers to the various pages of the history of Colombia. For example, garnet, which is located in the upper part, recalls the happy time of liberation from colonial Spaniards, when the territory became known as New Granada.

Two original cornucopia hoped,that the wealth of the country will grow, with one horn filled with gold coins as a symbol of prosperity, and the second - edible plants, symbolizing the fertility of the land.

On the red Phrygian cap known sincethe times of medieval Europe, as the main symbol of fighting for freedom and independence. Colombians did not have these hats, but have found a place on the country's coat of arms.

Also present symbolic imagesocean space, as Colombia had access to the Atlantic and Pacific Oceans. Such a strategic position contributed to the economic independence of the state, and could not find a reflection on the main emblem of the country.

Another symbol of freedom - the condor, found only in the Andes, in his hands he holds a laurel branch, which symbolically honored the winners.
Colombian Emblem complemented with state flags.

Opponents of the emblem

To date, Colombia coat of arms next to actively criticized leaders who require a change of state symbols, harmonizing the present situation.

According to them endangered condor, which is alsoscavenger, there can be a symbol of the state, aspiring to independence and development. The second argument, driven by their concerns pomegranate, which, although it is a reminder of New Granada, but not cultivated at present in the country.

They also point to the fact that most characters are not national, and come from Europe, including a red cap, an olive branch and a cornucopia.

Tourism in Morocco - the development, photo

Rest in Abkhazia with children - Photo ...