The population of Karelia 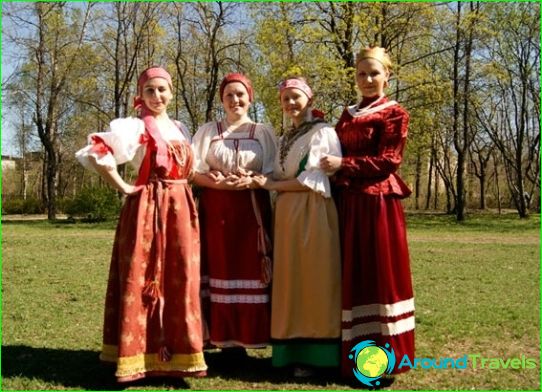 The population of Karelia is over 630,000 people.
Karelia is a multinational Republic,because there live representatives of different nationalities (150). Previously Karelia was the habitat of the Finno-Ugric tribes (whole, Karelia, Lapps), and in the II century AD here we rushed Slavic peoples. Thus, the development of the northern lands began to engage in Novgorod, and the shores of the White Sea and Lake Onega - Russian. But over time they began to occupy the whole of Karelia.
Prior to the beginning of XX century. Karelia were the predominant population of Karelia, but occurred later events (immigration processes) influenced the sharp change in the composition of the National Republic - the indigenous population declined sharply.

On average 1 km2 4 persons, butIt is the most populated southern part of the Republic (there live 73% of the population), although there are only 8 inhabitants per 1 km2. And the northern part of the Republic inhabited by the least - here per 1 km2 is home to only 1.5 people.
The official language is Russian, but in Karelia say also in the Karelian, Vepsian and Finnish languages.
Big cities: Petrozavodsk, Kostomuksha, Sortavala, Kondopoga, Segezha.
The inhabitants of Karelia are Orthodox, Protestantism, Islam.

Over the past decade the number of Karelia population decreased by 80 thousand persons: mortality rate exceeded the birth rate by almost 2 times!
Life of the inhabitants of Karelia carry malignancies, alcoholic poisoning and diseases of the circulatory system.
On average, residents of Karelia live up to 70 years.

Traditions and customs of the inhabitants of Karelia

The inhabitants of Karelia love to celebrate the holidays long. For example, Pancake made to arrange noisy festivities devoted to the meeting of spring.
In the tradition of pagan Karelians tracedelements: they worshiped the elemental forces of nature (rain, wind) and believe in the cleansing power of fire. Among the older generation Karels there are people who still remember the days when the owners of forests, water and houses were considered the spirits (when some people approached him through wizards, exorcists).
Today pagan deity entirely replaced by Christian saints. Thus, the replacement of the supreme god Ukko, which is mentioned in the beliefs and incantations came St. Ilia.
If you arrive to Karelia you can buyunique pieces, because to this day in the Republic of traditional crafts alive - Kuznetsky, fabrics, embroidery, pearls and gold embroidery sewing, weaving birch bark and straw, painting and wood carving ...

Airport Thessaloniki: diagram photo. How to get ...

Belgium Flag photo, history, the value of the state flowers ...