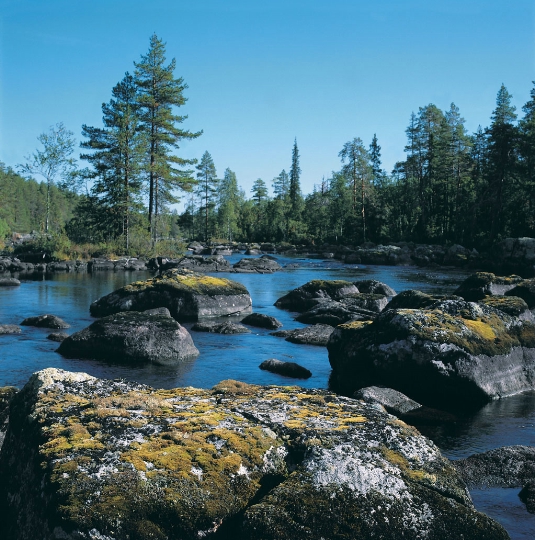 The northwestern part of Russia is rich in naturalbeauty, soft, but memorable scenery and amazing routes for unique hiking. Reserves of Karelia, particularly popular in St. Petersburg, often become a place of recreation for residents of the northern capital, which does not even have to wait for the holidays to make a sortie on the environment.

In the letter "K", as she Karelia begin the names of two sanctuaries, located on the territory of the republic:

On the marble quarries

Also Karelia reserves, with officialstatus in the country, there are many popular places to relax, with its unique scenery. One of the natural Karelian tourist pearls - Ruskeala.
This tourist complex is amarble quarry, which resulted in the development of stones. The bed of the quarry filled with ground water, forming an amazing lake with a depth of 50 meters. Ruskeala marble used for tiling of St. Isaac's and Kazan Cathedral, a few subway stations and the Mikhailovsky Castle. The views at the quarry lake and the surrounding landscape - the reason for the popularity of the national reserve of Karelia, which is called here the mountain park.

Airport in the Kaluga region: diagram photo. How ...