How to fly from Tenerife to Moscow? Time of flight Tenerife - Moscow

How to fly from Tenerife to Moscow? 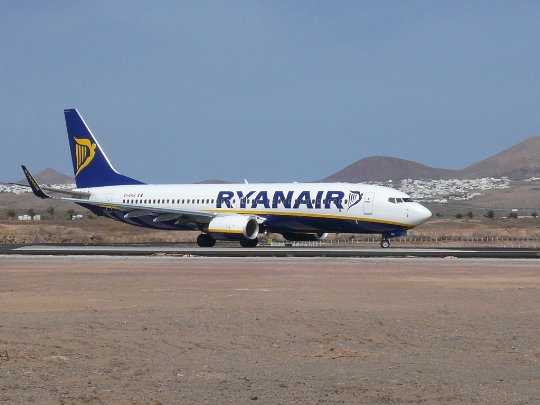 In Tenerife you will surely admire dolphinshow in the water park "Aqualand", tried the rabbit in the Canary, riding on hydro-bikes, rejoiced caught dorado fish-hammer and yellowfin tuna fishing, to climb to the volcano Teide ... But before the end of vacation a few days left and you are important to know, how long it takes to return to Moscow?

How to fly from Tenerife to Moscow on a direct flight?

Getting to Moscow from Tenerife (these two pointsseparated from each other by more than 5,200 km), you can manage for 7.5 hours (as the Canary Islands and Moscow does not bind the regular message, you have to fly here with the 1 or 2 transfers, or use the services of direct charter flights). For example, "Transaero" you will overcome this distance in 7 hours 05 minutes.

If you fly from Tenerife to Moscow with transfers,you will be offered to make them in Malaga, Berlin, Frankfurt, Prague, Vienna and Düsseldorf (the road will take from 9 to 25 hours). If you change paniruete in Barcelona ( "Iberia"), then your air travel will take 11 hours, and if in Madrid ( "Aeroflot"), then 9 hours.

You are offered to make two changes in the way inDestination (Moscow)? For example, a flight with a connection in Madrid and Prague ( "Czech Airlines") will expire in 17 hours 10 minutes, in Valencia and Paris ( "Air Europa") - 17 hours 55 minutes in Barcelona and Rome ( "Aeroflot") - after 19 hours and 40 minutes in Seville and Prague ( "Czech Airlines") - after 16 hours and 30 minutes.

Service flights Tenerife-Moscow dealsAirport Reina Sofia Airport - his second name is "Tenerife South" (TFS). From the capital and some of the beach resorts here can be reached by buses 111 and 343, as well as by taxi.

Before departure home offers a break inVIP-hall, pass the time by visiting a bar, cafe or restaurant, to get a variety of goods in duty-free-shop. The good news for travelers with children - little restless waiting for a flight can have fun on the playground equipped in the airport.

On the plane, you can read books,watch videos and movies. In addition, you will have a chance to sleep and to think carefully about which of the closest people to bestow gifts purchased in Tenerife - souvenir balconies made of Canary pine, natural cosmetics, Canary cigars, Spanish wines, rum, honey, goat cheese, local ceramics , napkins and tablecloths with lace embroidery, crafts and ornaments with olivine.

Where to go with children in Sudak. Entertainment ...