Articles about the Canary Islands
by aroundtravels 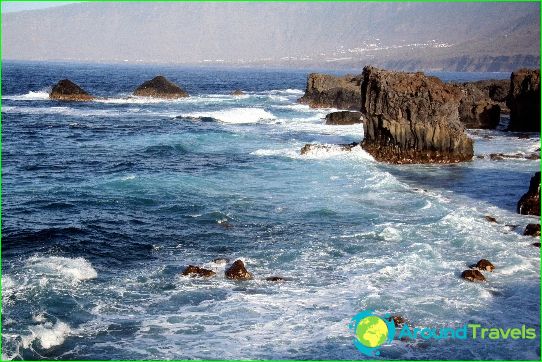 The Atlantic Ocean is an archipelago of 7large and several small plots of land - the Canary Islands. It is located just off the coast of Western Sahara and Morocco (northwest Africa). The Canary Islands are an autonomous community of Spain. They are just two of the capital: Las Palmas and Santa Cruz de Tenerife.

The largest and most populous islandTenerife is. It is located east of the island of Gran Canaria, and the west - Island of El Hierro, Gomera, Palma. Archipelago geographically belongs to Makronezii. Together with the islands of Cape Verde, Azores you, Savage Islands and Madeira, they form a community of volcanic islands. The Canary Islands were formed at the place where Atlantis existed previously, as some researchers claim.

The island is considered to be unavailable San Borondon,which appears and disappears. He is considered the eighth Canary Island archipelago and the main mystery. This is a hypothetical area of ​​land described by many medieval travelers. With regard to the population of the Canary Islands, it is represented by the Guanches, the Spaniards and descendants of marriages between indigenous and Spanish.

The most popular islands of the archipelago

Tourists generally tend to visit Tenerife. It can rest on any taste. More noisy resort is the neighboring island of Las Americas. In Puerto de la Cruz travel those who prefer a quiet holiday in the countryside. Excellent beaches are located on the island of Gran Canaria. Attractive for recreation and Fuerventura island and Lanzarote. The latter is particularly attractive for nature lovers. On this island there are 300 volcanoes.

The islands are under the influence of Equatorialtropical climate. It is moderately hot and dry. On the weather conditions affect the proximity to the Sahara, where the wind comes, bringing sand and heat. East of the island are the most arid. The trade winds blowing from the Atlantic Ocean to the north-east side. They are slightly soften the climate, bringing moisture. The beaches are never too hot. The islands are mountainous, which also affects the climate. The water temperature in the coastal areas does not fall below 20 degrees throughout the year. Air temperature changes significantly. In winter, there is very rarely below 20. On the coast in the winter season air is warmer than 25 degrees. Summer temperatures often fixed at around 30 degrees and above.