Home>Articles about China>Airport in Harbin diagram photo. How to get to Harbin Airport

Airport in Harbin diagram photo. How to get to Harbin Airport 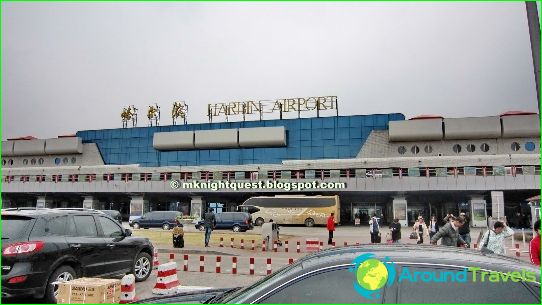 Taiping Airport is located in the northern partChina's Harbin city. From the center of the airport removed about 30 kilometers. It serves international and domestic flights, the annual passenger flow of over 9 million.
Harbin airport was put into operation in 1979year, five years later he received the international status. Today, the airport is of great importance for the northern part of China. Taiping Airport has two passenger terminals, one of which is the largest in north-eastern China. In addition, the airport has one runway whose length is 3200 meters.
From the airport established air links with some Russian cities such as Yakutsk, Khabarovsk, and others. In addition, there are flights to Hong Kong, Seoul and other Asian city.

It can be reached in several ways, the simplest of the airport in Harbin - a bus that leaves from the terminal building. The fare will be around 20 yuan.
Also around the city, in a comfortable environment, you can get a taxi. The cost of this service will be about 5 times more expensive than public transport.