Airport in Guangzhou diagram photo. How to get to Guangzhou Airport 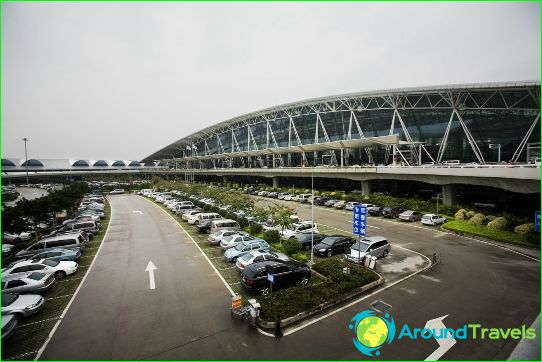 The international airport of the capital of Guangdong ProvinceChina called Baiyun. The airport is located about 30 km from the city. At its busiest, he is the second in China after the Beijing airport. Besides Baiyun airport is the headquarters of China Southern Airlines airline.

Open the current Baiyun Airport in 2004, heI replaced the eponymous airport, which lasted 72 years. At the moment, the old airport closed. Begin construction of the new airport, it was decided due to the impossibility of expansion of the first airport, which is located 12 km from the city.
The opening of the new airport allowed to send flights around the clock, thus the main airline could better plan for all intercontinental flights.
The name "Baiyun" was borrowed from the name of the mountain, which is located next to the old airport. Baiyun, in Chinese, means white clouds.

Guangzhou Airport is trying to make the staypassengers as comfortable as possible, offering a variety of services: cafes and restaurants of national and European cuisine, banks and ATMs, currency exchange, newsstand, post office, police, medical, etc.
We should also mention shopping zone Duty Free, where the passenger will be able to buy various goods at very competitive price.
All necessary information can be obtained from the staff that friendly to passengers.

The easiest way to get from the airport to the city - it is the subway.
In addition, you can use the buses that go by different routes:

The last way to get to town - a taxi. The choice of three carrier companies, which differ in the color of the car. The cheapest service provides carrier Baiyun Taxi Company, the color of their cars yellow. You can also find a taxi blue and brown Guangjun Group Company and Guangzhou Transportation Group, respectively.

The capital of Puerto Rico: map, photo. What is the capital city in ...