Home>Articles about China>Articles on Shanghai>Airport in Shanghai: a diagram photo. How to reach the Shanghai airport

Airport in Shanghai: a diagram photo. How to reach the Shanghai airport 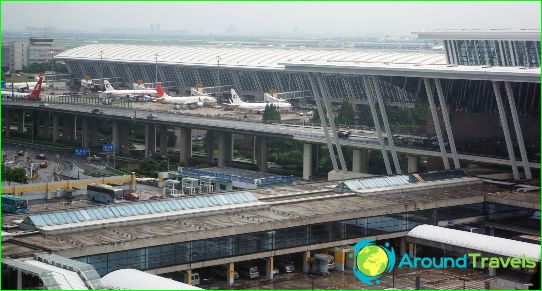 The city of Shanghai are two airports - Hongqiao and Pudong.

Hongqiao International Airport is located inwestern part of the city. The airport is one of the five largest airports in China. It serves international flights to most cities around the world - the United States, Germany, Turkey, Great Britain, etc. It is worth noting that there is a direct flight to Russia.
Most airlines based in the Hongqiao airport, are Asian. Russian airlines are not here.

Shanghai Hongqiao Airport has two terminals, each of which is prepared to provide maximum comfort for the passengers waiting for flights. Various shops, where you can find almost anything you want.
Restaurants and cafes offer airport serves national and European cuisine, all will be satisfied.
Of course, here you can find ATMs, post office, currency exchange, etc.

How to reach the city of Hongqiao

The easiest way to get to any point of Shanghai - a subway line. You can also take a taxi or bus services.

Pudong - a fairly young airport in Shanghai,which replaces the above described Hongqiao. Annually serviced about 60 million. Passengers. By 2015 it is planned to increase this number to 80 million. It is worth noting that the Pudong airport in terms of passengers and cargo than even the capital airport.

Overall, the airport offers all the same services that were described above - it's shops, cafes and restaurants, banks, ATMs, post office, etc.
Also, the airport is surrounded by several hotels of different classes.

How to reach the city of Pudong Airport

From the airport to the city is easiest to reach by subway, the cost of the ticket will cost from 7 to 15 dollars. In addition, passengers are also available taxis and buses.
I should add that both airports are interconnected metro line, so passengers can easily move from one airport to another.