Home>Articles about China>Articles on Beijing>How to fly from Beijing to Moscow? Time of flight Beijing - Moscow

How to fly from Beijing to Moscow? Time of flight Beijing - Moscow

How to fly from Beijing to Moscow? 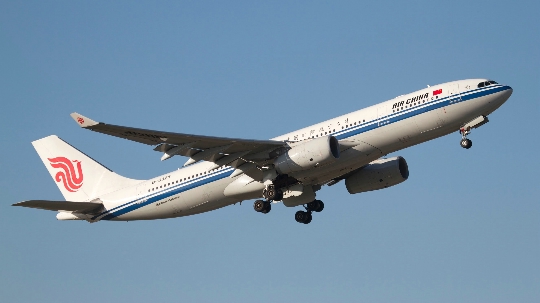 In Beijing, you can see the Great Chinawall and walk along its renovated areas, visit the Summer Imperial Palace and the Beijing Observatory, visit the mausoleum of Mao Zedong, as well as a theme park, "Peace Park" (there are miniature attractions in 30 countries) and the amusement park "Happy Valley"? And now it's time to fly to Moscow?

How to fly from Beijing to Moscow on a direct flight?

China and Russia capital separates almost 5800 km, so your flight will last about 8 hours.
So, on board the plane "Air China" airline you will spend almost 8 hours, "Transaero" - 7.5 hours, "Aeroflot" - 8 hours 05 minutes.
The average price of an air ticket Beijing-Moscow - 24800 rubles (expect to buy the cheapest tickets possible in July, May and September).

Connecting low committed, as a rule, in Guangzhou, Novosibirsk, Dubai, Munich, Yekaterinburg, London, Istanbul and other cities, it takes 13-31 hours.
Flight to Moscow via Zurich ( "Swiss") will increaseyour air-ride 15 hours through Ekaterinburg ( "Ural Airlines") - 14 hours, via Dubai ( "Emirates") - 19 hours, after Frankfurt am Main ( "Air China") - 16 hours after Amsterdam ( "KLM") - 19 hours, via Munich ( "Lufthansa") - 15 hours.
As for the number of transplants that make themZurich and Geneva ( "Swiss") you will extend their journey to 23.5 hours in London and Warsaw ( "Virgin Atlantic") - 1 day 5 hours, while in Paris and Prague ( "China Eastern Airlines") - 20 hours.

Flight towards Beijing-Moscow carried out on the aircraft (Boeing 767-200, Airbus A 319, Boeing 747-400, Airbus A 321) one of the following airlines:
- "China Eastern Airlines";
- "KLM";
- "Qatar Airways";
- "S7 Airlines".
Sign up for the flight Moscow-Beijing offers Beijing Capital Airport (PEK) - and it separates the central part of the town 20 km (here by bus or metro).
It should be noted that it is most convenient between terminals move on a special train.
Due to the fact that the airport has a special system of baggage handling, you will be able to hand over their suitcases as a few hours or up to 1 day before departure.
In anticipation of the flight passengers can offer to walk on the winter garden, have a meal at the points catering, go shopping in the largest shopping and duty-free zone, internet café.

During the flight do not forget to decide whopresent gifts purchased in the Chinese capital, in the form of Chinese tea, umbrellas, pearl jewelry, silk, ceramics, jade, ivory, porcelain and crystal, pictures and figurines of dragons, vases, pictures painted on silk or canvas, figurines, cut wood.

Flag of Bhutan: photos, history, the value of the state flowers ...