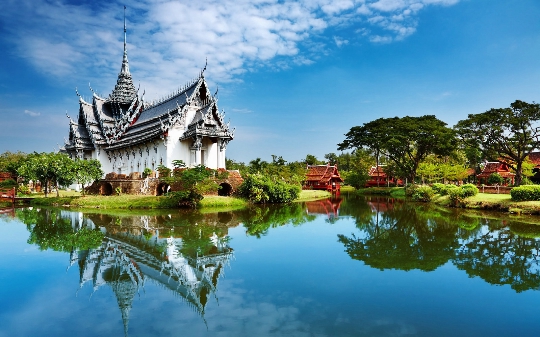 If you are going to go to China, you need as much as possibleto learn more about this country. After all, despite the fact that most of the tourists have fragmentary knowledge of it, some of the national characteristics of China remains a mystery.

Chinese - the people are very friendly. They just love to talk, so it is not surprising strong attention to his person.

Chinese greet each other with a nod, andhere's appeal to "you" are not accepted, except for the elderly. At the same time attach great importance to courtesy and punctuality. Very much like the Chinese are invited to visit, but to come to him to be present, especially if the owners have young children.

The basis of all Chinese dishes - it is rice. The most common dish is very spicy, is also popular among the Chinese pork. As in many eastern countries, Cutlery in China are the sticks. Traditional Chinese dishes: chicken gunpao; Peking duck; Funchoza; soups with noodles.