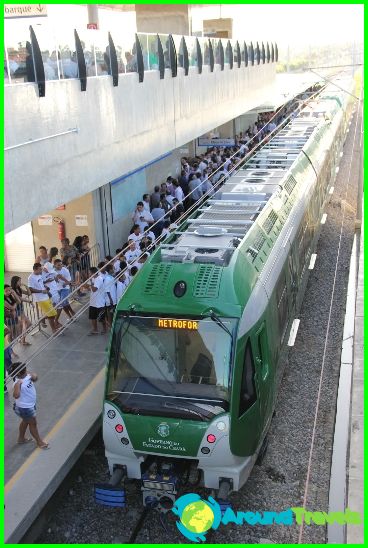 Twelfth in the People'sRepublic became the underground in the city of Foshan. It was opened in the fall of 2010 a test mode, and today 14 of its stations are ready to receive passengers, seven days a week from 5.30 am. The length of all routes Foshan metro is more than 20 kilometers.
The only branch is marked on chartsyellow-green. It starts in the south-west of the city. Then follow the train north, turn eastward, and again goes to the north and north-east. Foshan Metro integrated metro city of Guangzhou, located in the neighborhood: Foshan residents can make a connection to the first branch of the Guangzhou subway.
Today Foshan metro is served by trains consisting of four cars each. The existing line will be extended to 2015 and its length is about 33 kilometers.

Travel documents should be to use the subwaypurchase from vending machines at the stations. Cashiers provide a menu option on the English language, which greatly simplifies the task for foreign passengers. The station names are also duplicated in English as in the diagrams, and the information boards located at Foshan metro platforms.