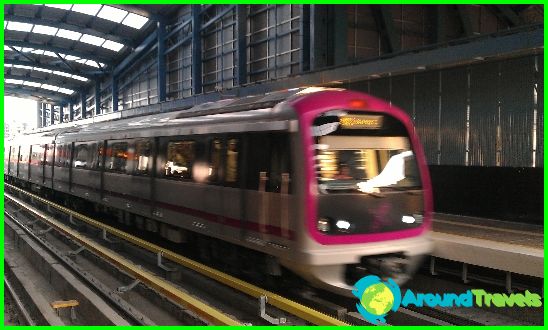 The system of subway lines in the Chinese Harbinstart fully exploited the fall of 2013. Its only branch is marked on the charts in red and connects the Southern and Eastern city railway stations. The route begins in the south of Harbin, it runs in a northerly direction to the city center, where turns to the northeast and then east. The length of the first metro line in Harbin is 17.5 kilometers. The route runs for entry and exit of passengers 18 stations.
Subway construction in Harbin were deployedthe fall of 2008. the tunnel was used for the needs of the underground, preserved under the city since the Second World War. Ten-kilometer evacuation routes network was rebuilt in the underground.
Multi-million dollar Harbin is one of the maincities of the People's Republic of China, and therefore the need for a metro is long overdue. The subway is not only decided to some of the problems with traffic jams and congestion on city streets, but also significantly reduce the burden on traffic police officers. In addition, the subway system in Harbin - a convenient way for visitors arriving by train, to reach the center and other areas.
In the long term - the underground extension of Harbin and routing at least another four routes, which by 2020 will connect all areas of the city and make a single network, totaling not less than 140 kilometers.

Harbin Metro opens at 6 am and ends its work in 21 hours. In the future, possible longer timetable subway Harbin.

Children's camps in Ulan-Ude in the summer. Children's ...