The most beautiful city of China - photo

The most beautiful city of China 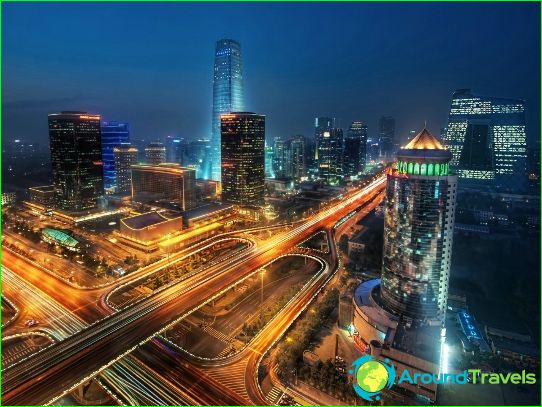 China - a wonderful country that combinestwo architectural styles: concrete and glass skyscrapers and small houses with sloping roofs. Perhaps, the main pride of this country is its economy, which pays no attention to the situation in the world and continues to grow rapidly. For tourists the benefit is that the prices here are at the same level, and the number is increasing entertainment. In China, a large number of urban tourist destination, where you can find more than 700 historical monuments and landscape of over 100 seats.

The list of beautiful cities in China, of course,falls Beijing - the capital of the country. This is not the oldest city in China, however, it is very interesting. After the 2008 Olympics, Beijing significantly embellish: Tiananmen Square are huge floral balls and walk to the Forbidden City Olympic mascots. With regard to the Forbidden City, it is the most popular tourist site in the city, and perhaps in all of China. It is also impossible not to mention the Temple of Heaven, the Lama Temple, Confucius Temple, and, of course, about the Great Wall of China.

Shanghai is one of the largest commercial citiesworld but he far exceeds the size of Beijing, which was mentioned above, and Hong Kong, which certainly will be discussed further. Shanghai embodies the dreams of the Chinese people in reality, the most dynamic and industrious city of China. The most popular tourist spot in the city - it's embankment of the Huangpu River, from here you can start exploring the city. It is enough to go on a boat and go down the river.

Another popular tourist city,washed from the west, south and east of the South China Sea. The city is incredibly interesting, there is a large number of attractions, chief among them - the world's largest bronze sitting Buddha, 34 meters tall. You can also select the Avenue of Stars, which pays tribute talents to Hong Kong film industry, Temple Wong Tai Sing Hong Kong Museum of History. In Hong Kong, there are also modern entertainment: Disneyland, the multimedia show "Symphony of Lights" and others.
This concludes our review of the very smallbeautiful cities in China. Of course, this is not the whole list of cities that are very beautiful and interesting. This list should be supplemented by such cities as Guangzhou, Dalian, Lamma, Taiwan, Macau and others.

Bus tours of the Golden Ring. The cost of the bus ...