Home>Articles about China>China's National drink. Alcohol in China: the price, the export, the export rate of alcohol

China's National drink. Alcohol in China: the price, the export, the export rate of alcohol 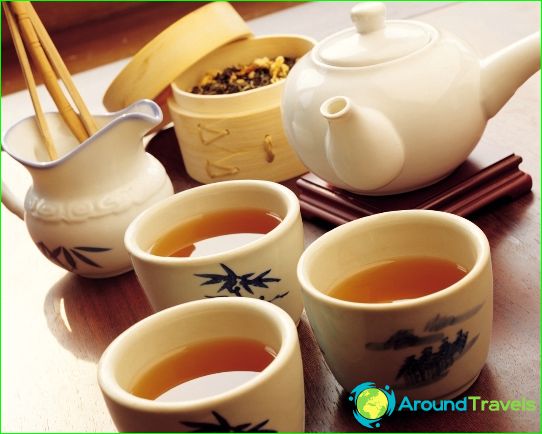 Chief of Russia's eastern neighbor, China annuallyIt attracts more and more tourists. The vast territory, many architectural and historical monuments, rich cultural traditions - all this is a significant reason to visit the neighboring country. Food and beverages in China - a separate occasion to buy a ticket to China. In the world every year are becoming increasingly popular traditional dishes of eastern masters, as evidenced by the hundreds of Chinese restaurants in many countries.

At the entrance to China notIt must be in possession of more than one and a half liters of alcoholic beverages per person. Removal of alcohol is not limited, and the price of alcohol in the Chinese do not seem high, even the most frugal traveler. Half-liter bottle of spirits, such as vodka, liqueurs with a snake, is from 30 to 50 yuan, depending on the variety (for 2014 mid-year prices). During the famous vodka "Maotai" will have to pay up to $ 20, but drink half a century of exposure is worth it.

The national drink of China

The main drink of China and the hosts and guestsunanimously consider green tea. Chinese tea culture formed by centuries, and today the tea is referred to the list of the seven things that are consumed on a daily basis. Sharing Tea Party does not require a special occasion, however, there are important circumstances in which China's national drink is served by all means:

Chinese Kung Fu Cha tea ceremony served inall times and only way to maintain tradition. In the classical event older family members teach young people not only to welding processes, but also the traditional rules of the beverage supply guests.

For those who prefer stronger drinks,in China there are many varieties of alcohol. The most popular intoxicating - vodka and beer. The first differs unusual taste, as it insists on a variety of products such as vegetable or animal origin. Weak Chinese alcoholic drinks - a beer and rice wine.