North China - China's cities and resorts of the north 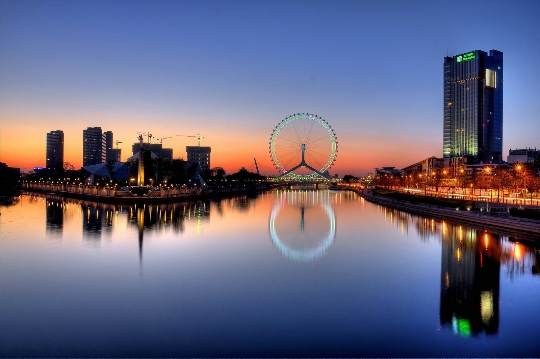 North China - a vast area, the center ofwhich is the Great China Plain. Chinese civilization has formed in this area. The Northern region of the country is considered to be the historical and cultural homeland of Han. Earth cut the legendary river of the Yellow River, serving one of the main attractions of the state. On the banks of the river since prehistoric times there were settlements of people. Another attraction in the north of China - Great Wall of China, is a symbol of civilization of the people. Tourists northern regions are very popular, as there are ancient architectural monuments, unique natural objects. As part of the northern region is isolated, Liaoning Province, Gansu, Qinghai, Heilongjiang, Shaanxi, Shanxi, Tianjin municipalities, and autonomous regions of Xinjiang Uygur and Inner Mongolia.

Rich natural resources are on the territory of the Xinjiang Uygur Autonomous Region(Xinjiang. Terms allow mountaineering and ecotourism. In this area you can see the snow capped peaks of the Pamir, Altai, Tien Shan and the Kunlun and lowlands, valleys and deserts.

On the south side of the Tien Shan Mountains city spreadTurpan, which is considered to be the hottest place in the country. Its unique climate creates the Taklamakan desert, located nearby. In the shadow of the air temperature reaches 49 degrees. This place was referred to as "Tierra del Fuego".

North Shanghai often represent the city and the port of Tianjin. It has a large tourist and industrial potential. The city has ancient temples, antiques market on the water tower.

An interesting story surprises tourists ProvinceGansu, which was the golden part of the Silk Road in the past years. On its lands inhabited by different peoples: the Mongols, Tibetans, uygurtsy, Hui. The region is practiced Taoism, Buddhism, Confucianism and Christianity. In Gansu has to a significant section of the Great Wall of China, equal to 1665 km. Steppes and deserts there side by side with the vertices of the Gobi mountains, covered with eternal snow. Unique property and grottos Mangano are in the north of China.

Weather conditions in the northern part of the country

Most of China is under the influencecontinental climate. There's clearly expressed seasonality and observed a large range of temperatures. Annual temperature difference in the northern regions above .. In the province of Heilongjiang in the winter the temperature drops to -30 degrees. Winter begins in December and ends in May. In this area, very cold winters. The summer period - from May to August. The best time to visit the north of China - autumn and spring, when rains are rare, and the average temperature is 20 degrees and above. At night, sometimes frozen, and in the afternoon the weather is warm.

North Norway - cities and resorts of the north ...