The population of China. Population in China: Features, weight, composition

The population of China 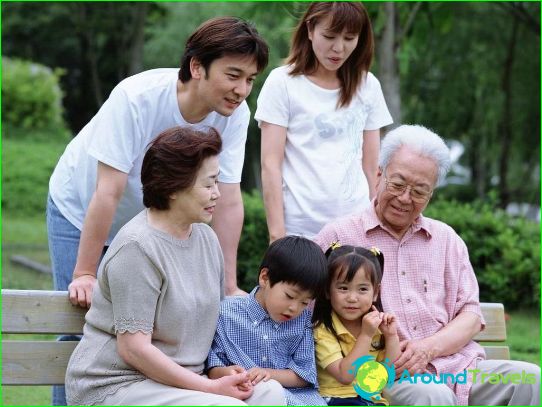 Despite the fact that China - populouscountry in the world, indicators of the average population density is the same as, for example, in Switzerland or the Czech Republic, and all thanks to the huge regional differences. Thus, the western regions of China and some northern provinces inhabited by only 5.7% of the population, and in the deserts of Gobi and Taklamakan almost nobody lives.
The majority of China's population render habitable eastareas - they settled on the North Caucasus Plain, the Yangtze Valley, Sichuan Basin (in some coastal provinces in the 1 km2 is home to 320 people).
Since the Chinese language has manydialects, differing from each other by a slight accent to a complete lack of understanding, the official language of China is recognized as Putonghua (commonly understood language).
Beijing - the main dialect of the Chinese language: it says the majority of residents of China (70% of the population). Just have a common dialects (Shanghai) and Yue (Cantonese, Hong Kong).
As for religion, the country has many Buddhists, adherents of Confucianism, Taoism and Atheism.
Major cities in China: Hong Kong, Guangzhou, Beijing, Shanghai, Macau, Guilin.

Male population on average live to 71 years, and women - 74 years.
Thanks to health reform, China has managed to raise life expectancy from 35 years (1950) to 73!
Currently in China virtually eradicated scarlet fever, typhoid, influenza and AIDS epidemic, but more and more there is of people have problems with obesity.
The state of health of the citizens affected by pollution of air and water (due to smoking and abundant smog in large urban population suffering from respiratory diseases).
Residents of China often use the services of traditional Chinese medicine, which includes acupuncture, treatment of diseases of heart rate, a variety of herbs and tinctures.

Customs and traditions of the peoples of China

The Chinese still observe many traditions andcustoms. For example, in the old days, when the Chinese people greeted each other, they bowed, folding his arms (to show special respect to the interlocutor, the Chinese bowed to him as low as possible).
A modern Chinese greeting each other, just nod their heads, but the bows are not a thing of the summer - even though they are rare, but are used in everyday Chinese.
In China, the widespread tradition related to gifts if the Chinese are going to visit, it endows the hosts home with sweets, wine or tea.
If you are thinking in China, keep in mind thatChinese people can not be present and watch black and white clothes and gifts, as well as disrespect to the Chinese culture and history, and national achievements of the country.

Flag of Morocco: photos, history, the value of the state flowers ...