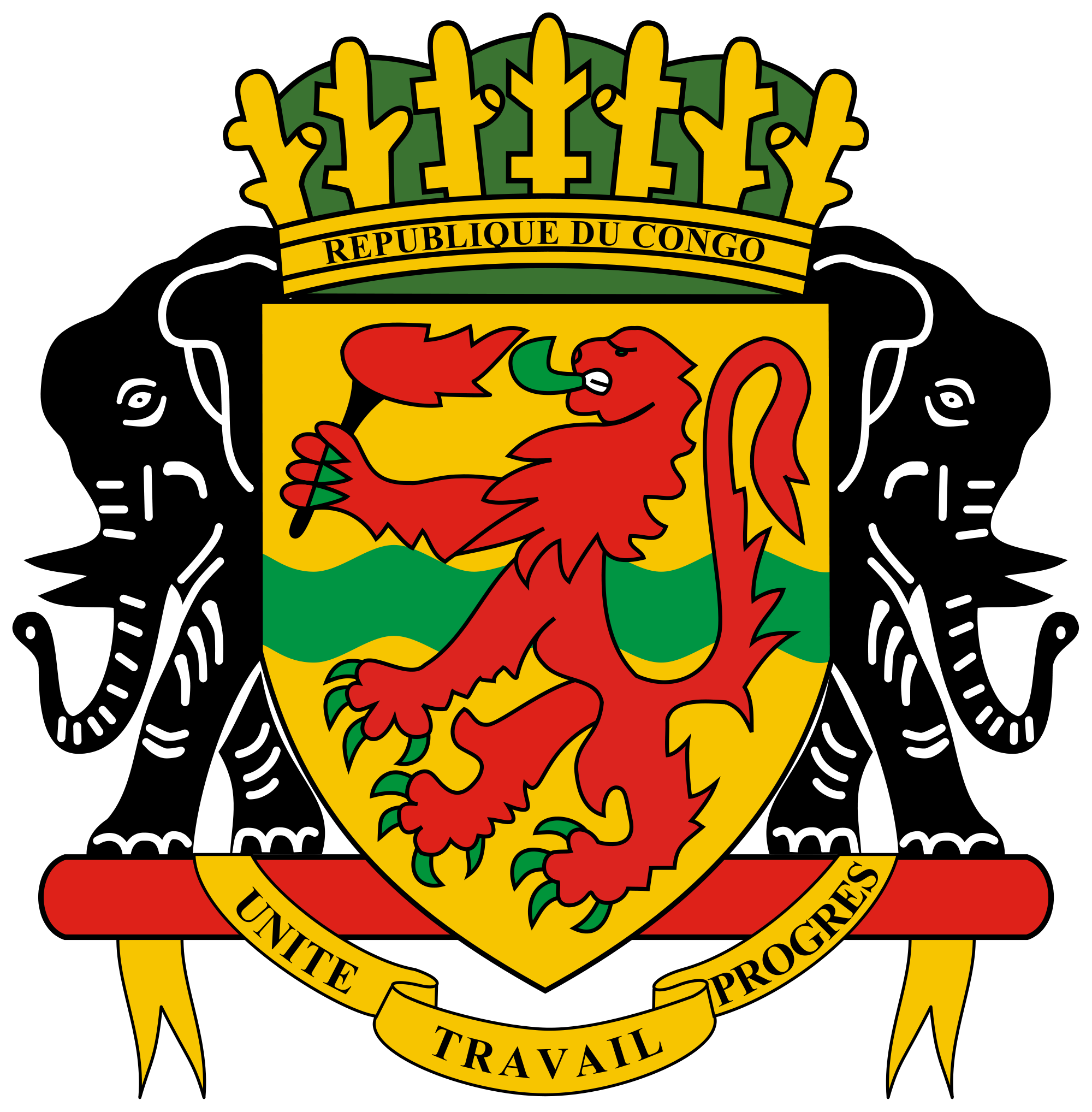 Congo Coat of Arms has a lot of modifications, asthe history of this country is full of bizarre pages. Even in 1997, when there was a proclamation on the ruins of the new state of Zaire - Democratic Republic of Congo, Congo emblem changed several times. Recent changes in the coat of arms was approved in 2006.

This coat of arms has a leopard head picture, elephant tusks, spears. Here are the words of the national motto - justice, peace and labor.

In 1999 it was adopted coat of arms of the DemocraticRepublic of Congo. He had light blue shield, inside of which was a large yellow star. Above there were six smaller stars. The coat of arms was introduced simultaneously with the flag.

During the 1964-1997 biennium. there was a coat of arms of Zaire. It also has a tape-inscription on it was written on a white background, and placed under the spears.

Coat of arms of the Republic of the Congo

It looks like a shield, which on the golden fieldplaced a green belt and rebel lion. Language in a green lion. Lion holding a black torch with red flame. The shield is crowned with a stylized golden crown, and the inscription "Republic of Congo" is placed on it.

As Supporters in the coat of arms are the African elephants that come out of the shield. Elephants on the arms black. At the bottom of the emblem there is an inscription - "Unity, work, progress."

Meaning of the symbols of modern Congolese Emblem

The main character is the head of the Congo Coat of Armsleopard. This - a symbol of power and, in addition, a mystical character. In many traditional African societies, the leopard is seen as a mystical animal. There are beliefs that the country lived in the so-called people-leopards, mysterious perpetrators of the murder.

Elephant tusk - the symbol of the natural wealth of the country, its natural resources and its powerful. For many African countries, this is a traditional symbol.

Traditional military symbols refers spear. It symbolizes the desire of the Congolese people for independence and willingness to fight for the freedom of their country.

The motto on the coat of arms was written in French, is the official for today. The Congo - the name of the former Belgian colony.