Home>Articles about the Crimea>Coat of arms of Crimea: photos, value, description,

Coat of arms of Crimea 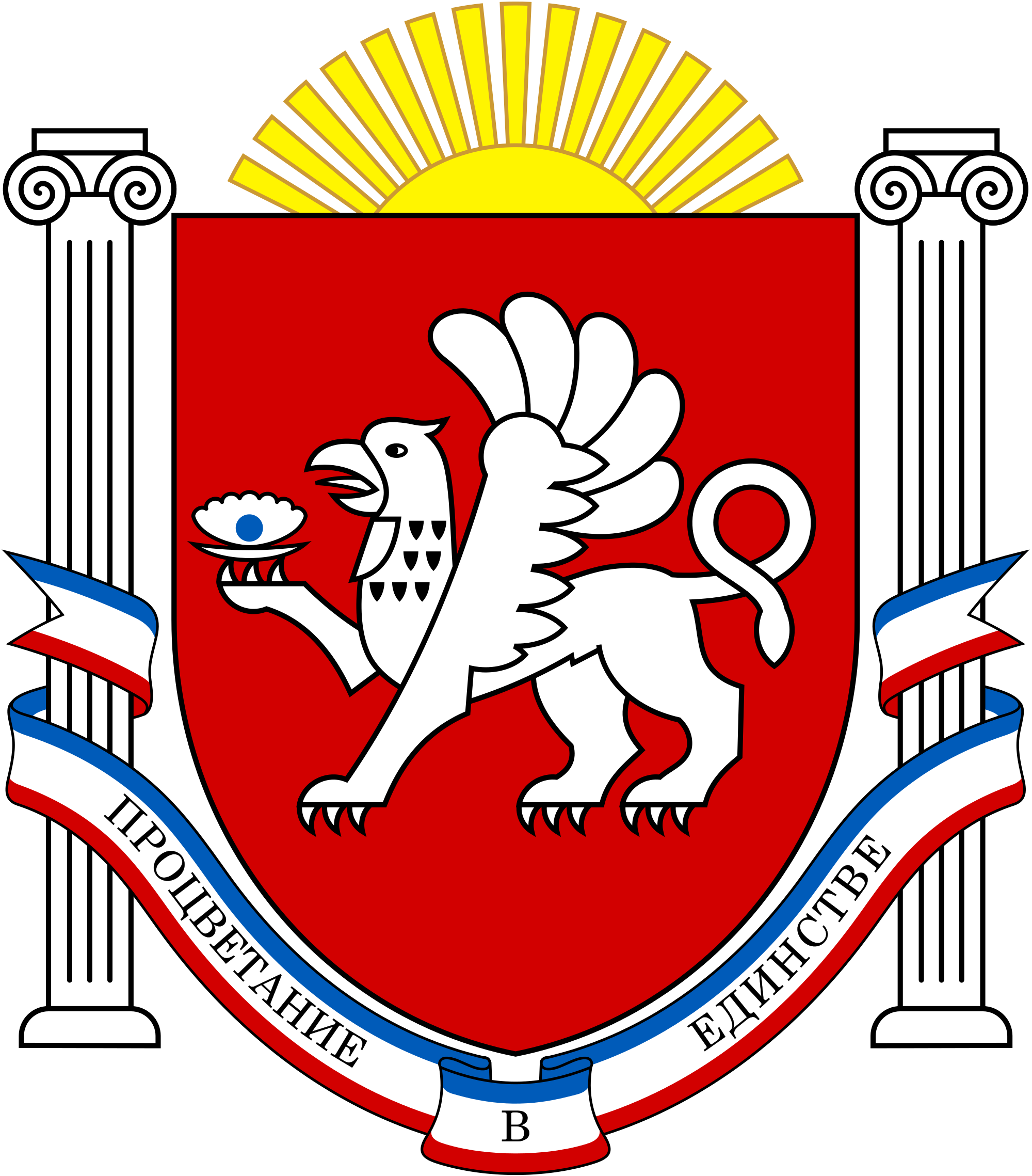 For many people in the former Soviet Union, Crimearemains a promised land, a place where thousands of tourists come for treatment, rest, have fun and gain strength. These blessed land became a place of contention between Ukraine and Russia, as recently came under the jurisdiction of the Russian Federation. This coat of arms of Crimea has not changed.

The symbols on the coat of arms of Crimea

The main symbol of the Crimean statehood verybeautiful and solemn, it is the shield, which depicts a griffin, and scarlet shield is made in the image and likeness of the Varangian. Griffin is shown in silver, turned to the left, his right paw silver sink. It is open and it is visible in the sky-blue pearl.

Paphos sign adds a picture of the rising sun. Two white columns support the board if, over them the inscription on the tape, a kind of motto - "Prosperity in unity." The tape is made in traditional colors (blue, white, red) for the Russian flag.

The meaning of symbols depicted on the emblem

Griffin - mythical creature, longused in various emblems and signs in the northern Black Sea coast. For historians, the ancient city of Hersonissos and Panticapaeum colony built by the Greeks, had posters with his image.

Shield form - a reference to the famous ancientwater route "from the Vikings to the Greeks", and scarlet color (deep red color) is always associated with the heroism and courage of the inhabitants, to defend their right to independence and self-sufficiency. Classical columns - a tribute to the ancient Greek civilization, through which territory settled, absorbed, developed. Sun, portrayed in the coats of arms of many countries of the world - the symbol of prosperity, recovery, regeneration.

An excursion into the history of Crimea

But Griffin on Varangian shield was not alwaysthe main state symbol. Depending on land ownership to a State are present and other symbols. The appearance of the first official coat of arms has been associated with the occurrence of Crimea (former Crimean Khanate) of the Russian Empire. In March 1784 Tavria region received the coat of arms, similar to the symbol of Russia. Thus, it was shown:

Soviet power brought their charactersthe government, but of the Autonomous Republic of Crimea as one of the main characters had to use the coat of arms of the RSFSR with the only difference that there were signs other than Russian, and Crimean Tatar language, first in Arabic script, and then in romanized.

Since 1991, with the acquisition of autonomy within the Republic of Crimea in Ukraine finally returns the coat of arms with the image of a griffin.