Home>Articles about the Crimea>Features of the Crimea - communication, kitchen, tradition 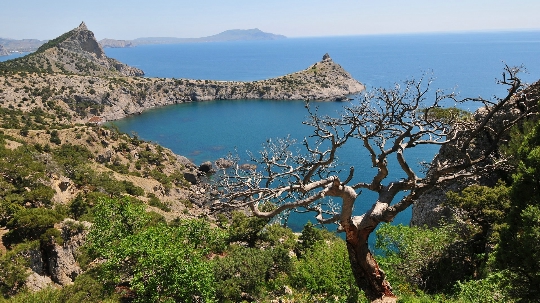 National features of the Crimea - a complexquestion, highly politicized in recent years. Crimea - a piece of land, whose history is full of wars, conquests, bloody battles. But this beautiful nature, hospitable inhabitants, the warm sea and the radiant sun.

They live apart, in suburban areasmajor urban centers. The villages of the Crimean Tatars built a long time, especially for the accommodation of persons belonging to those national minorities. You should know that the Crimean Tatars are Muslims, so they are forbidden to take pictures without the explicit consent. The Muslim clothing tourists or students dressed mostly from other countries, which are also Muslims. However, still not worth the risk that you are not offended by the locals.

Today, in the Crimea there are no difficulties withcommunication between the local population and visitors. There is no acute problem of understanding between Russian and Ukrainians, the young and the elderly. Often, these are inventions of the media chasing sensation. The main problem of the Crimea is, oddly enough, the lack of a traditional national colors. Visiting tourists is very important to see something new, unusual, unconventional for them. Today, owners of restaurants, cafes and other public institutions are trying to somehow diversify the way of life, bringing elements of the national symbols. Due to the current political situation in Crimea national symbols - the Russian.

Why go to the Crimea?

First of all, to rest on the sea and enjoy the sunshine. And besides:

Reasons to go in the Crimea - a lot. Choose any, and feel free to go on a trip! You will love all that is connected with the Crimea and its inhabitants, nice and friendly people.

How to fly from Dubai to Moscow? Time ...

Flag of Grenada: photos, history, the value of the state flowers ...