Prices in Partenit - products, souvenirs, transportation. How much money to take in Partenit 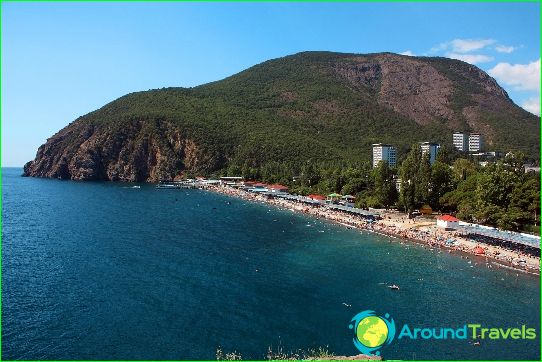 One of the most attractive places in the Crimea is Partenit. It is located between Yalta and Alushta. Consider what price Partenite this year.

Accommodation at the resort

Partenit known for its recreational areas. This health and fitness complex "Aivazovsky" and the military sanatorium "Crimea", which have their own garden and parkland. At the sanatorium "Crimea" is the Dolphinarium, a stone museum and tsvetomuzykalny fountain. Many tourists try to get it to those areas Partenit. Accommodation is also possible in private hotels, slipways, cottages and apartments. As in any Crimean village, there is a private sector, where it is possible to remove any housing. Prices for rooms range from 500 to 1200 rubles per day. Partenit infrastructure is very well developed. In the village there are restaurants, cafes, shops, markets and supermarket.
By bus you can easily get to Alushta,Simferopol and Yalta. Inside the resort's buses go. Any Catering Partenit is located near the beach. To get to the sea you can walk a maximum of 15 minutes. If the private sector does not suit you, pay attention to the resort hotels. You can rent a room in the hotel complex "Europe Center for water sports." It is next to a landscaped park, "Aivazovsky". There are rooms with views of the sea and the mountain Ayu-Dag. This hotel offers luxury accommodation and related services: swimming pool, private beach, restaurants, spa complex, animation. In July and August, you can stay for 700-1700 rubles per day. Tourists pleased to rent a house in Partenit. For example, remove the 2 floor of the three-story house can be $ 60 per day.

In Partenit are many cafes, eateries andrestaurants. They offer a variety of dishes. In preparing puff snack, pasties and pizzas. Cafe middle segment concentrated on the waterfront. In holidaymakers very popular cafe "Crimea", where there is live music. Youth sometimes considered a disco bar "Paris", cafes Moulin Rouge "and" Salvador. " Partenit Restaurants invite gourmets and fans of Russian, Armenian, Ukrainian and European cuisine. You can eat in restaurants Partenit, without spending too much money. In the bars and cafes prices affordable. Cover the table can be for 600-800 rubles.

Prices for tours in Partenit

The most popular excursion in the village allowsget acquainted with the park Aivazovsky. Experts say that it is not inferior to the parks in Nice, Cannes and Rome. This bus and walking tour lasts 10 hours and costs 1000 rubles for adults and 900 rubles for children.