Home>Articles about the Crimea>Youth hotels Crimea. Best hotels for youth recreation in Crimea 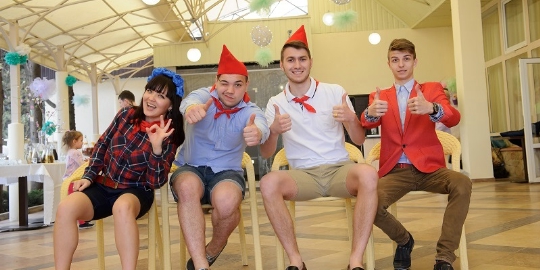 Rest in Crimea begins for many RussianTravelers with childhood memories, when the parents long before the longed-for holiday booked train tickets, and then rented a room or bungalow at the Crimean population from which it was only a few minutes walk to the sea. Modern Crimea and the like, and not too the one from my childhood, but rest on its southern shore is still liked by people of all ages. Youth hotels and resorts in the Crimea - is a great opportunity to enjoy the sea, warm and interesting events, annually hosts provide guests with solar peninsula.

Young people can be seen in any Crimean resort, but the most popular among those who have not yet celebrated his thirtieth birthday, rightly considered:

Annual international festival of electronicmusic in 2015 returned to the peninsula, and is now the most popular youth hostel in the Crimea during the meeting - it is the hotel of Yevpatoriya. The place chosen by the organizers of the festival Kazantip - a small village Popovka near the resort of Yevpatoriya and passes it an incendiary event in the second half of the summer.