Articles on Cuba
by aroundtravels 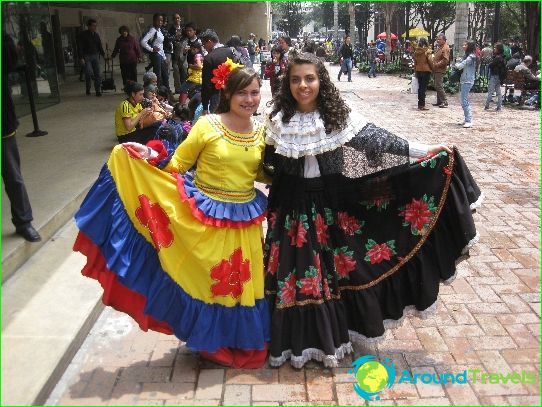 Cuba has a population of over 11 million people.
As soon as the Spaniards began to explore the island, theyThey began to destroy the indigenous population of Cuba. But because they need slaves, who would work on the plantations, they were brought here slaves from Africa, from Asia, Chinese, Indians, slaves from South and Central America.
Throughout the history of Cuba, the island came emigrants from Spain, Germany, Britain and France. And in the XX century came here a lot of Americans.
National composition of Cuba presented:
- Mulatto (51%);
- White - descendants of Europeans (37%);
- Blacks (11%);
- Chinese (1%).
On average 1 km2 90 people. The population density is fairly even distribution, but the lowest population density observed in the marshlands in the south-west of the island.
Official language - Spanish.
Big cities: Santiago de Cuba, Guantanamo, Holguin, Camaguey, Cienfuegos, Matanzas, Santa Clara.
Cuba residents profess Roman Catholicism, Protestantism, Baptist.

On average, residents of Cuba to live up to 78 years.
Cuba is famous for its low mortality rates from cancer and heart attacks.
It is not accepted to spare money for medicine (the state allocates for health care is 2.5 times more than in Russia).
In addition, the Cubans are calling attention to their health - this "cry" on TV and radio.

Traditions and customs of the inhabitants of Cuba

The Cubans - funny, witty, musical people,who love to celebrate various holidays. Particularly favorite holiday is Valentine's Day, Mother's Day and Father's Day. to give gifts these days, to sit up late at the table at home, in a restaurant or a party (parents allow children to change the mode of the day).
Most Cubans customs associated withholidays. For a whole year they save money at the carnival to get a chic carnival costumes or ordinary clothes good. And during the carnival made merry all night to the rhythm of salsa.
Another traditional custom of Cubans - drinking rum and smoking a cigar on the terrace (sometimes for hours on end).
Cuban families are large and friendly: all family members treat each other with warmth, respect and understanding.
Despite the fact that Cubans receive meagersalary, the state gives them everything they need (rice, flour, sugar, cereals, bread). Shoes and clothes they buy coupons for little money. But to buy a house, a car or a cell phone, the people of Cuba must obtain a special permit from the authorities.
If you decide to make a trip to Cuba, be sure that the Liberty Island will provide you with a warm and friendly welcome, because here people live benevolently related to foreign tourists.