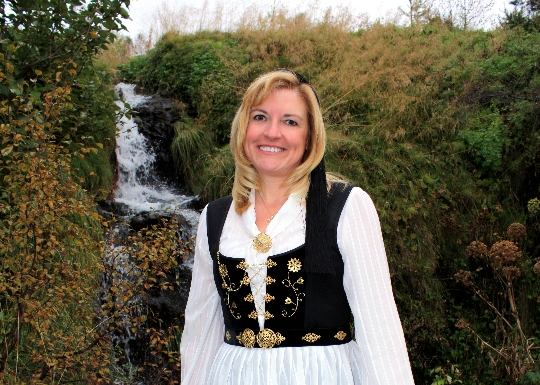 The descendants of the Scandinavian Viking was inhabited inthe end of the ninth century, the island of Iceland. So there was a small but very original people, whose culture bears little resemblance to all other European. The reason for this unusual was the isolation and seclusion of the island, but because Icelandic tradition of such rare and unique.

What's in a name?

The first surprise lurking foreigner whenhe only met with the inhabitants of the island. Icelanders have ... no names, and the name of every person "is equipped with" a middle name. His ending means "son" in the boy and, accordingly, "daughter" of the girl. Marrying, Icelandic woman is at her middle name, last name, and it turns out that it is not the same, not only with her husband's, but also with children.
However, such a strange tradition of IcelandIt avoids the use of names in their own interests. Children can not boast famous ancestors, but because the person is assessed solely on the personal qualities and merits.

Iceland's climate does not allow its residents to flauntin light clothing, but because the Viking descendants for centuries bred sheep to produce wool from their practical and warm clothes. Famous jumpers related to the traditions of Iceland, called "lopapeysa". They are a warm jacket or pullover, the top of which a circle is decorated with national ornament. Such clothing is not only warm, but also water-repellent, and therefore serves as the top while raw Icelandic summer.
In addition to practical clothing sheep provide milk and meat,forming the basis of the majority of national dishes. Fishing tradition Iceland brings to the table its inhabitants meat and whale sharks. The most exotic dish called hakarl. It is decomposed and specially marinated shark flesh, sustained for six months in a special brine.

Musical and literary tradition in Iceland -a source of pride its people. Based on a true story describing the Viking life is passed from mouth to mouth and performed to the accompaniment of traditional musical instruments. Herding hysterical chants - like Iceland Valley. They are long and stringy, and their implementation requires endurance and patience, and the soloist and the audience.
The writers of the sagas have inspired a lot of writers,brought his people the true glory in the world literature. One of the most famous - Haldor Lasness, became even the winner of the 1955 Nobel Prize.