Shops and shopping centers of Tokyo 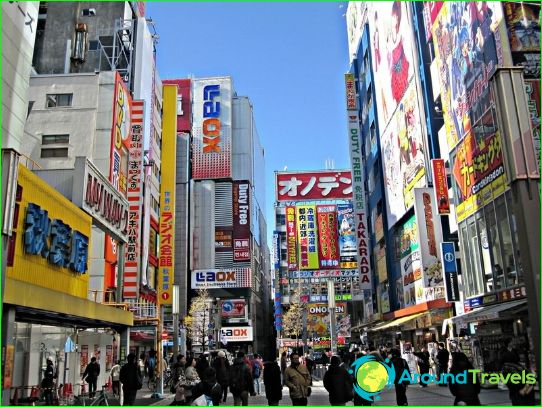 In Tokyo, the shops and the goods in them - greata bunch of. Prices of goods in Japan is very high. The Japanese are mostly not inclined to chase trendy novelties and prefer to dress in European stores with lower prices compared to Tokyo. But the world's largest urban economy, objects of ancient and modern culture are attracted to the capital of a great number of guests, which stimulates many of the leading designers to begin selling their new collections with Tokyo stores. Therefore, buyers flock here in search of prestigious things, not paying much attention to the price of new products. It attracts visitors and Japanese designers Yohji Yamamoto Takeo Kikuchi, and Michiko Koshino Hiroko. Tokyo shopping malls have huge dimensions, far surpassing its European counterparts.

Holidays in Morocco in November: the prices and ...