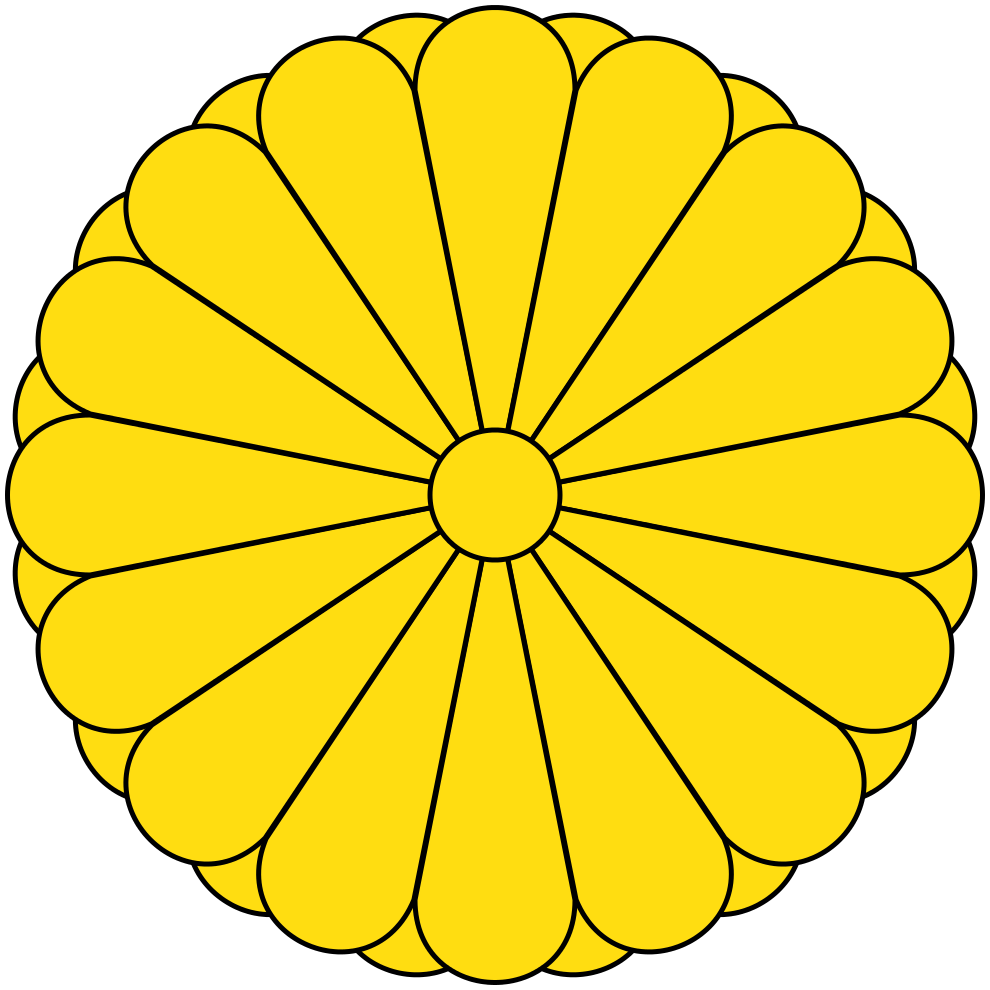 Land of the Rising Sun has always been a mysteryfor Europeans. Culture, language, traditions - all radically different. The desire for simplicity, minimalism, and the deepest meaning of this apparent simplicity and primitiveness. Even such a thing as the emblem of Japan, is not among the state symbols - the flag only.

At the same time can be attributed to the state emblem of the country's imperial seal, because how otherwise to explain her appearance on Japanese passports.

In selecting an image for its main emblemJapanese government expressed its originality. They did not invent complex structures with many details and elements. Imperial Seal of Japan is a chrysanthemum flower image having 16 upper petals yellow or orange and as much lower.

But so long in this Japanese charactera story that never dreamed of many eminent kingdoms of Europe. The emblem in the form of modest chrysanthemum appeared as an official symbol of Japanese emperors and their families in the XII century.

The very first, who said his stay inauthorities this symbol became Emperor Go-Toba. In addition, he is considered to be the eighty-second emperor of Japan (reigned from 1183 by 1198), he is also a poet. He was engaged in drawing up poetic anthologies, he conducted and participated himself in the competition poets, produced several collections of his own works. Perhaps a fine poetic soul pushed Emperor Go-Toba to ensure that as a personal use printing thin and delicate chrysanthemum.

However, as a sign of this kind of imperial familyFlower has been used only since 1869. Two years later, it was forbidden to anyone else to use the seal with the image of chrysanthemums, except the Emperor of Japan. The ban in force until the end of the Second World War.

At the same time the emperor could use the seal with the image of the 16-petal chrysanthemum, and members of his family have the right to print a flower whose petals 14.

Modern life is an ancient symbol

Chrysanthemum as the unofficial mascot of Japan still appears in certain places or documents, namely:

The apparent simplicity of the image shows the fragility of life and the transience of life. It demonstrates the ability of the Japanese to see simple in a complex and difficult in the most primitive things.

Coat of Arms of Canada: the photo, value, description