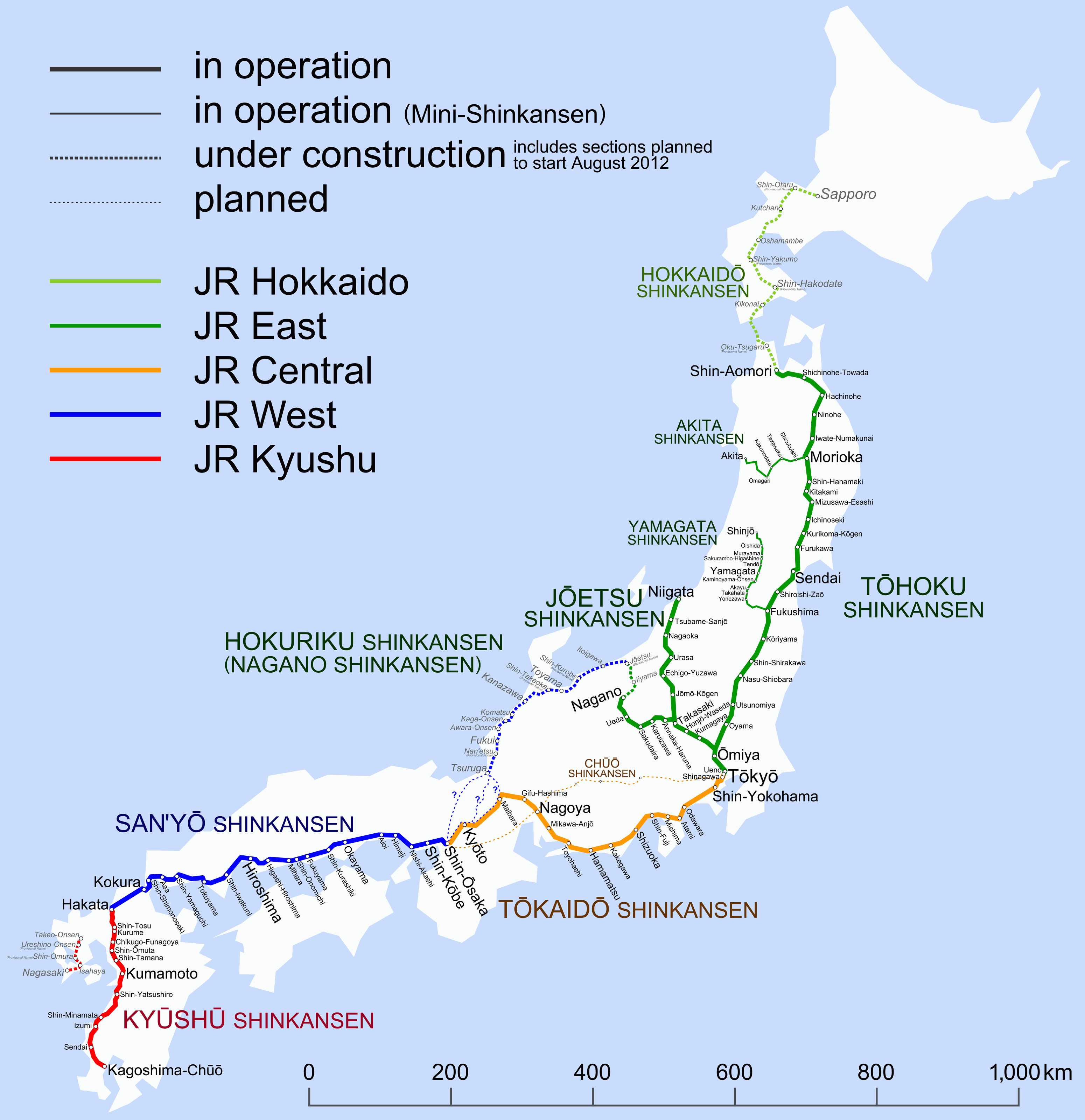 The railways are operated by Japanprivate companies. The length of railway tracks is 27268 km. Previously, the railway sector by public enterprises JNR, which was divided in 1987 by seven private companies: JR West, JR Central, JR Hokkaido, JR East, and others.

Most Japanese Railways has track1,067 mm. The exception is the way "Sinkasen" system with a track of 1,435 mm, which corresponds to the European standard. "Sinkasen" is a separate division of the railroad, where the rules apply, operate their own stations and tickets. Trains "Sinkasen" operated by companies such as JR West, JR Central, JR East.

Virtually all the Japanese railways are electrified and are left-handed.

Long-distance trains are not enjoying successpassengers. Trains "Sinkasen" differ among themselves. Among these are compounds with all stops running, train, all of which do not stop and the minimum number of stops. With the help of high-speed trains going communication between all the localities of Japan. In large cities (Kobe, Kyoto, Tokyo, Sapporo, and others.) Operate underground network. But the majority of passengers prefer to use ground trains that form well-developed structure. In many localities the country there is a monorail transport and trams.

High-speed network "Sinkasen" linksbig cities. Trains are moved along the rails at a speed of about 300 km / h. Compositions which run on conventional lines, assumed to be slow, as they do not exceed the speed of 130 km / h.

Japan Railways are among thethe most accurate in the world. The average time delay of 30 seconds. If you miss the train for 5 minutes to the passenger is issued a certificate of lateness. Japanese are accustomed to the fact that rail transport occur right on schedule.

The railway network is considered to be very comfortable anddesigned. At any point of the country's population can be reached by train in the shortest possible time. Therefore, rail transport is the most popular among tourists who visit Japan. In various areas of the prefectures of railway operated by different companies. Therefore, choose and book a place in advance is very difficult. To find out the cost of travel time, routes and connections, you should visit the sites and jorudan.co.jp hyperdia.com.