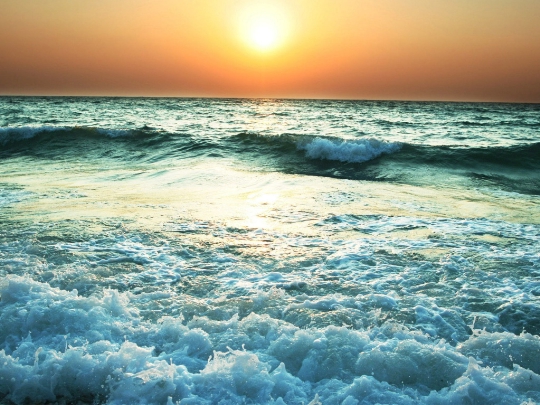 In the Pacific Ocean, between the islands of Sula, Sangihe,Sulawesi, Talaund, Mindanao, Moluccas, Molucca Sea is. It covers an area of ​​about 290 thousand kilometers. sq. Maximum depth is 4180 m. The southern part of the reservoir is bordered by seas of Banda and Seram. With its Philippine Sea Strait connects Badungdua. To the west is a large Gulf of Tomini.

Molucca Sea differs difficult terrain. In it it was found just seven large basins separated by underwater ridges. The waters there are many large and active volcanoes, and coral formations. The name of this beach comes from the Arabic word "Maluku", which means translated "the land of kings." Waters studied very little. Researchers face many obstacles as bottom of the sea has swings - mountains and valleys. The seabed in this area is among the most seismically dangerous on the planet. In this area converge the two continents and four geological plates. In a sea of ​​many islands of volcanic origin. Moluccan archipelago comprises 1027 islands.

Molucca Sea Map allows you to see the mostlargest island in the waters - it Halmahera, which is poorly populated. More advanced is the archipelago of Sangihe-Talaud and the small island of Ternate. Over the past 500 years in the Molucca Sea region more than 70 times erupting volcano and an earthquake.

By stratovolcanoes include the largest volcanoGamalama, located on the island of Ternate. In it reaches a height of 1715 m. The last time it erupted in 1994. The volcano and today retains its activity, so it is under the constant supervision of the Indonesian seismologists. The basin of the reservoir is conventionally divided into three areas. In the central part of the ridge passes, which passes to the north of the island and Miangas Talaund. In the center of the waters of the island are small and Tifore May.

The climate in the Molucca Sea area

The sea area is dominated by humid equatorialclimate. There is always hot, temperature fluctuations are not observed practically. Summer in the Molucca Sea coast dominates the whole year. Conditions are ideal for year-round cultivation of spices. Therefore, agricultural lands occupy a large part of the Moluccas. There are growing Muscat and allspice. Sea water has an average annual temperature of about 27 degrees. Its salinity is 34 ppm. Humidity is 89%. In the year there falls about 4000 mm of rainfall. Molucca Sea is exposed to the monsoon.

Deep Molucca Sea for centuries wasattractive for sailors. Tropical pond encircled by volcanoes that continue to spew lava. Although natural hazards, beauty of seascapes attracts travelers. Molucca Sea Coast covered with white sand, which gives the water an unusual shade. Today Maluku densely populated by people. Active development of the territory has a negative impact on the state of the unique flora and fauna of the islands. In order to save the rare animals and plants on the islands, national parks have been opened.

Holidays in Germany in July: the prices and ...

Children's camps in the suburbs for the summer. Children's ...