The population of Japan 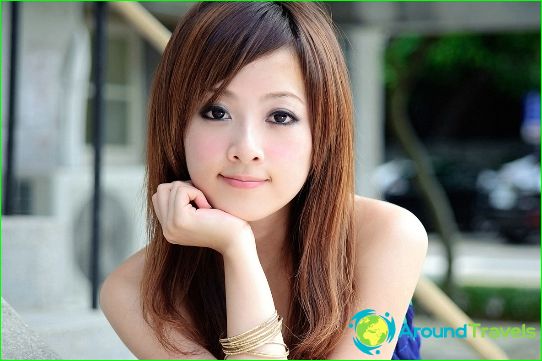 The population of Japan is more than 125 million people.
National composition:

Major cities: Tokyo, Osaka, Fukuoka, Yokohama, Nagoya, Kawasaki.
The official language of Japan is Japanese.
Japan has a high population density - on 1 km2 is home to over 330 people.
Japan is inhabited mostly Japanese - foreignerslives here is very small. As for the Europeans and Americans, they do not live in Japan permanently. According to statistics, work in Japan from the West comes to tens of thousands of people, but about a few years later they come back to their homeland.
The original inhabitants are Ainu and there is not much - just 20-30 thousand in the whole country (some of them were able to preserve their culture and language, and live in separate settlements).

Men in Japan on average live 78 years, and women - 85 years.
High life expectancy Japanese owe a healthy diet, which is based on vegetables and seafood, and well-developed health care system.
Furthermore, Japanese strictly related to itshealth compared to people living in other countries: among the Japanese celebrated the extremely low levels of obesity (only 3.5% of the observed problems with being overweight, while in the US the figure is 34%).
As for alcoholic beverages, the Japanese use them 3 times lower than, for example, the Russians.
Japan is famous for centenarians (100 years or older) who mostly live on the islands of Kyushu and Okinawa - and all thanks to a simple diet consisting of fish, rice, fruits and vegetables.

The traditions and customs of the Japanese

The Japanese revere tradition and do not forget about the old festivals. They note as family and children's events, as well as large national celebrations (actors clothed in samurai outfits).
The Japanese believe that the child's crying is able to ward off evil spirits, and helps the child to develop properly. In this regard, Japan is held annually Festival crying children.
The essence of the festival: sumoists should take the hands of children and make them cry. Will win the wrestler whose child faster and loudest cry.
Residents of Japan know that animals helpcalm the nervous system, as well as apartments in major metropolitan areas is prohibited to acquire pets, the Japanese found out - they visit the "cat cafe" where you can play and cuddle, for example, kittens (by the hour).
Going on holiday to Japan? Note that there is no smoking in public places.

Bus tours to Latvia. The cost of bus tours ...