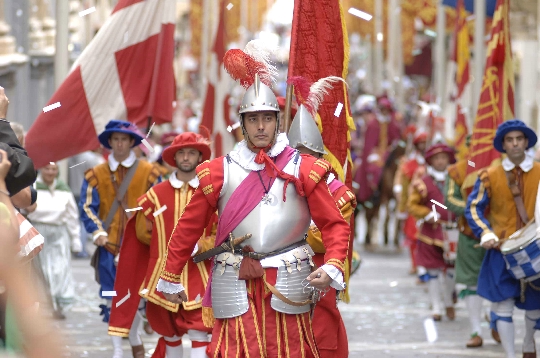 The Maltese archipelago, located on thecrossroads of trade routes in the Mediterranean, tried to conquer many of the ancient state. We checked in here the Phoenicians and the Greeks, Romans and Arabs, Carthaginians and Spaniards. Caught in the XVI century under the auspices of the Knights Knights of St. John, and then - under the authority of Napoleon and the British Crown, Malta has absorbed many traditions and customs that are intertwined into a single unique Mediterranean culture. For the European tradition of Malta is quite close and understandable, because the main value here is the family and its material prosperity.

What do you want to choose!

Traditionally, Malta, already one year old child poseIt faces a difficult choice: on his birthday before the baby lay out a few things and offer him to take one of them. Catholic rosary symbolize the spiritual career, hard-boiled egg - material well-being, and a brush and paint, which reached the baby, are a signal of the need to give it an artistic education. The rite is carried out with the participation of all members of the family and is accompanied by a festive feast.
Family gatherings in Malta taken by anywith or without him. Every Saturday the Maltese go to the beach for picnics. Many fires, the smell of barbecue, music and even dancing - a familiar sight on the island in the evening on weekends.

What are they, Maltese?

Describing the Maltese short, you cansay that they are very persistent. Throughout his life it is inherent in the love of a sports team or a commitment to a single political party. The same principle, according to the Maltese tradition, adhere to its citizens and in their personal lives. Maltese relatively late marry and are married, because there is no accepted divorce. They respectfully relate to the elderly and children are very fond, which is usually in the family a few.
As true southerners, the locals are slow andnot too punctual, and the execution of any work prefer to postpone for tomorrow. Their speech - fast, gestures - active and temperament can be called hot. However, the Maltese did not aggressive and prefer to first weigh the consequences of their decisions, and only then announce it.

The capital of Djibouti card photo. What is the capital city in ...