The capital of the Netherlands 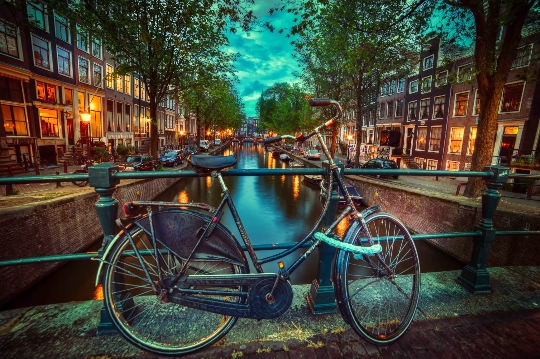 The official capital of the Netherlands,which is often called Holland, since 1814 is the city of Amsterdam. It is located in the province of North Holland in the confluence of the Amstel river in the sea. The city is home to more than 800 thousand people, and together with the suburbs -. More than two million.

From the Golden Age

Once the Amsterdam was a smallfishing village and up to the XII century about it, few have heard, except the residents of neighboring villages. Then came the Golden Age and Amsterdam became a port and commercial center, the fame of which soon resounded throughout the world.
Modern Amsterdam - a place of tourist attractionfrom all corners of the planet and the financial and cultural capital of the kingdom. Despite the fact that the residence of the monarch and the government has long moved to The Hague, where the king still gives the oath of allegiance to the subject.
Residents of Amsterdam are representatives of more than 170 ethnic groups and is one of the most ethnically colorful cities not only in the Old World, but also all over the world.

In the capital of the Netherlands operates the world's oldest stock exchange and open headquarters of the planet's largest companies. The head office of Greenpeace also found a place in Amsterdam.

For a trip to the capital of the kingdom of needSchengen visa, and to get to Amsterdam from Russia is easiest by air. Schiphol Airport is half an hour away from the city and get out of his train terminals can be attributable to the central station. The capital of the Netherlands is connected to ground connections to many cities in Europe, and therefore easy to get here by train or car.
The best time to visit Amsterdam with pointof weather - mid and late spring. In April and May, it falls the least rain and daytime temperatures reaching 20 degrees, which is very comfortable for sightseeing in Amsterdam and exploring the city.

North Australia - cities and resorts of the north ...