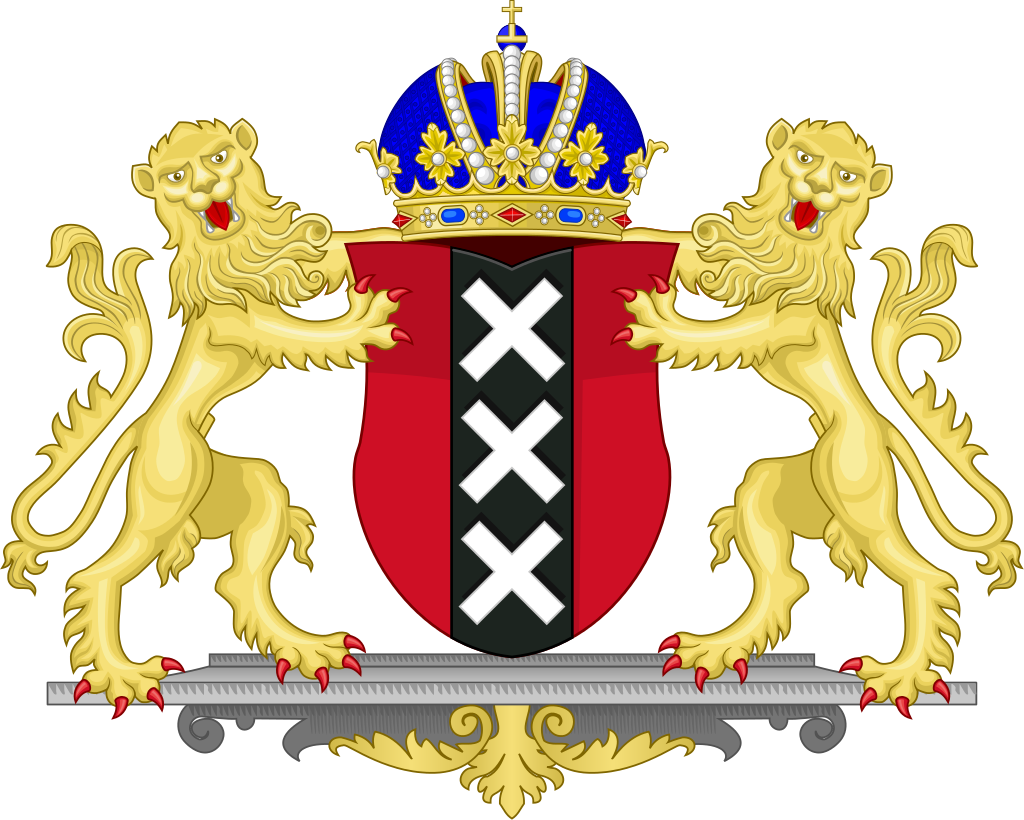 The capital of the Netherlands, the state with the ancientheraldic tradition, for its official symbol chosen the most beautiful elements. Today Amsterdam coat looks good and stylish, showing loyalty to tradition and selected constitutional order.

Coat capital of the Netherlands is designed in classictraditions, it contains different elements. Thus it is impossible to say which of them basic, which play a secondary role. Coat of Arms consists of four main parts:

The palette of colors, which is used todrawing elements stamp composition can not be called a harmonious. Each part is individually looks stylish when all together, it appears that too many colors and they do not look close to each other.

The symbolism of the individual parts and components

Officially, the modern coat of arms was approved by the Dutch authorities in 1816, at the same time, looking at his elements, it becomes clear that the symbol is much older.

For example, the shield shape and the color (dark red), one caveat - the center is a black band with three white (silver) slanting crosses, the case for a unique heraldic practice.

Scientists still can not put forward a singleversion that symbolize the slanting crosses. Some experts correlates them with crosses of St. Andrew, the second, alluding to natural disasters faced by the Dutch in the past, including those negative factors - the plague, flood and fire.

Crown Empire and the lions

in the field of heraldry experts sayfirst crown appeared on the coat of arms of Amsterdam back in 1489, is a gift to the king of Germany Maximilian I. In 1508 headpiece replaced, the image appeared a crown worn by Maximilian himself. After three hundred years, and this piece is replaced by the monarch, this time on the Austrian imperial crown, which is present on the emblem to this day.

Supporters, handsome lions, appeared onheraldic symbol of Amsterdam until the end of the XVI century, they support not only the board but also the crown. The motto is written on a silver scroll word can be translated as "valor, courage and compassion." This motto was added to the picture in 1947, after the Dutch heroism manifested in the war against Nazi Germany.

Holidays in Greece in November: the prices and ...

Children's camps in the Crimea in the summer. Children's ...