History of the Netherlands 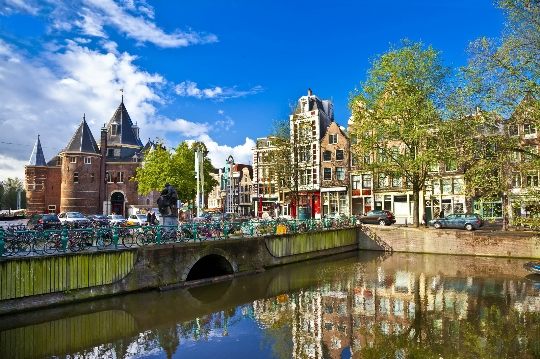 Kingdom of the Netherlands as the rest of the countryOld World has a very rich history, which occurred in the ups and downs and periods of unprecedented prosperity. The first people appeared on this earth, according to archaeologists, a quarter of a million years ago, and since then the history of the Netherlands goes on, making each successive generation laugh and cry, rejoice and grieve, to educate children and to honor the memory of our ancestors.

At the turn of the millennium

Germanic tribes settled in the central andthe northern part of the country in the VI century BC, the Celts have chosen as a suitable area of ​​land south. Then, in the I century BC Romans were ubiquitous. History of the Netherlands made a sharp turn, and the occupied lands became part of the Roman Empire. The conquerors did not differ friendly disposition, and their cruelty to the local population became the cause of permanent rebellion. However, the invaders built a lot and that he had the honor of laying of roads and the construction of fortifications.

Leafing through the pages of the Middle Ages

The history of the country continued on the scriptEmperor Charlemagne and several rulers followed him. At the end of the ninth century in what is now the Kingdom of the Netherlands was formed County of Holland, and his "top managers" were titles Frisia graphs. The lack of fertile land and comfortable venturing forced managers constantly at war with their neighbors over the ownership of the best territories. The county Holland lasted until 1433, then became part of the Duchy of Burgundy.

The Golden Age and times are not very highest standard

XVII century is called the Golden Age in the history ofHolland. At this time, the country's economy flourished, the port of Amsterdam has become the largest in the Old World and bring income to the state, not only through the sale of oriental spices, silk and spices, but also on the slave trade. This sad page - also part of the history of the Netherlands, to rewrite that, as you know, is impossible. Golden Age - this time tulip mania, captures all the Dutch, without exception. Modern historians have studied this phenomenon as a unique and note that tyulpanomaniya gave an unprecedented impetus to the development of the country.
When Napoleon Bonaparte in the country was created Kingdom of the Netherlands, but it lasted on the political map of the world only four years.
The twentieth century has brought terrible and devastating world wars. The first Dutch managed to preserve the sovereignty, but World War II did not pass side and their homes.

Holidays in Morocco in September: price ...