Parade of flowers in Holland - photo

Parade of flowers in Holland 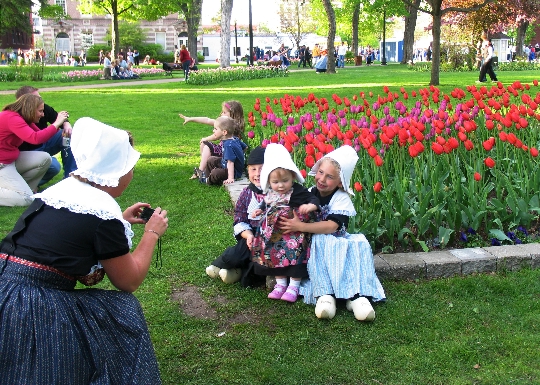 April - it is time of awakening of nature. This is the month most of the plants and flowers to please its fans with bright colors and fragrant splendor. Netherlands growers for decades organized the famous holiday to visit the dream which travelers of all ages. It begins the parade of flowers in Holland in Noordwijk on the third Saturday of April.

With the Brazilian carnival is compared eyewitnessesparade of flowers in Holland, named Bloemencorso. Dozens of machines, mobile rigs and platforms, decorated with millions of lilies, hyacinths and tulips, are moving on the road to eighty kilometers to the park and the city of Haarlem Kёkenhorf. In the procession, hundreds of people take part, for which the cultivation of flowers and making tracks of them - the deal of a lifetime.
The richly decorated cars and platforms forthe route greeted hundreds of thousands of enthusiastic spectators. They welcome the participants in the parade, and the background for the action are wonderful performances of brass bands and dance groups.

Park Kёkenhorf takes apotheosis holidayprocessions. Lawns have become an arena for the passage of bright and colorful carnival. Theme Flower parade in the Netherlands is changing every year, and guests not only to admire the magnificent floral compositions, but also learn a lot of history and the Kingdom of the Netherlands, and around the Old World. By the way, the park Kёkenhorf often referred to as the Garden of Europe.
Honor accept finish colors parade in Holland awarded the city of Haarlem. Here unfolds sale of bulbs and flowers seeds and selected the winner of the colorful procession.