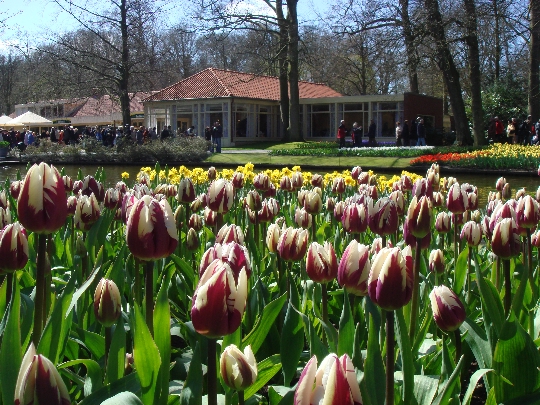 The most populous country in Europe,Kingdom of the Netherlands takes only 41.5 thousand sq. M. km area on the political map of the world. The state is on the 132 place in the world by area and the 64th - the number of people living here. The country is divided into several administrative regions, called provinces. On behalf of the two of them - the North and South Holland - the country got its informal name, widespread among travelers. All Holland or the Netherlands province has its own elected government body called the Provincial States.

Until 1986, the country on the map you can readOnly 11 provincial titles. Then industrious Dutch have literally conquered new lands sea, draining almost 2.5 thousand sq. M. km. wetlands. The newly formed province of Flevoland was named.
The new stretch of land on the territory of the lakeIJsselmeer, drained and reclaimed from the sea. reclamation process lasted nearly sixty years, the impetus for the construction of a dam that allowed to do so, was the devastating flood in 1916.
On the territory of the province of Holland therea lot of important tourist sites, the most famous of which is called the fishing village schokland, which received the status of the object from the list of World Cultural Heritage by UNESCO, and the lighthouse of Urk village.

Each province of the Netherlands is interesting in its own way. On the territory of some of them are a large number of historically significant architectural and cultural sites, others boast unique natural reserves and national parks. Statistical information on the Dutch provinces might be interested in the curious traveler:

Flag of Canada: photo, history, the value of the state flowers ...

The national drink of Croatia. Alcohol in Croatia: the prices, ...