Home>Articles on Netherlands>Holidays in Holland. Where to go in the Netherlands?

Holidays in Holland. Where to go in the Netherlands? 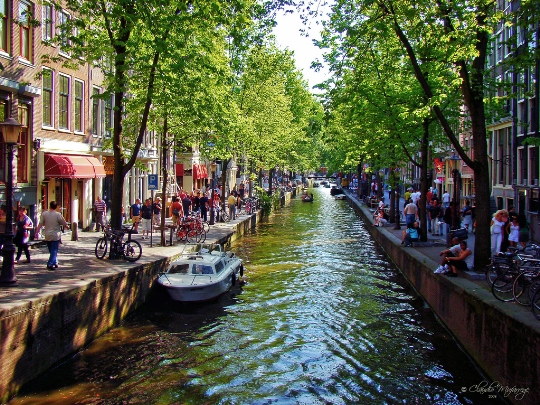 Choosing a destination for your holiday orvacation, every traveler is trying to determine not only the host country, but also with leisure activities, which is preferable for him. In the Kingdom of the Netherlands, there are many opportunities to spend leisure time bright, rich and varied, and so vacation in Holland can be very attractive for tourists of all ages.

In a country of windmills, you can play sportsor sunbathe on the banks of the cool North Sea, scour museums and galleries in search of masterpieces of world scale and indulge in culinary pleasures in the coastal restaurants, take part in the festival of cheese or a raft on a cruise ship on one of the local rivers. In any case, stay in the Netherlands will leave a nice mark on the soul, and a photo album.

In the kitchen, there are many Dutch firmdishes, each of which - not just a culinary masterpiece, but also very impressive exotic. For example, sandwiches with salted herring and ways of eating. Going on holiday to Holland in early June, we can cater for the holiday flags or herring festival, during which even indifferent to this snack citizens salivation and positive emotions beat all records.

Fans of spiritual values ​​are sent to theNetherlands in search of harmony with oneself and the world. The subject of their lust - theaters and art galleries, and hence - the city The Hague and Rotterdam. Four Hague theater to delight even the most severe criticism, and their repertoire and impress interior refinement and variety. Rotterdam museum will help to touch the eternal and beautiful, demonstrating the best paintings of the masters of the Golden Age.

In the rhythm of carnival

Residents of the country of tulips at least incendiary,than the Brazilians, and carnivals in Holland serious passions boil. Parades and processions funny follow each other on country roads and city streets, turning them into the arena and theater venues. Flowers and huge dolls, richly decorated cars and moving platforms, brass bands and dance groups for women, the sea of ​​beer and a faint aroma of permissiveness circling the head and the guests and participants. For those who can not stay in the Netherlands without moving to the rhythm of carnival, organized tours to the Netherlands in the late winter and early spring.