Home>Articles about North Korea>Tourism in North Korea - the development, photo 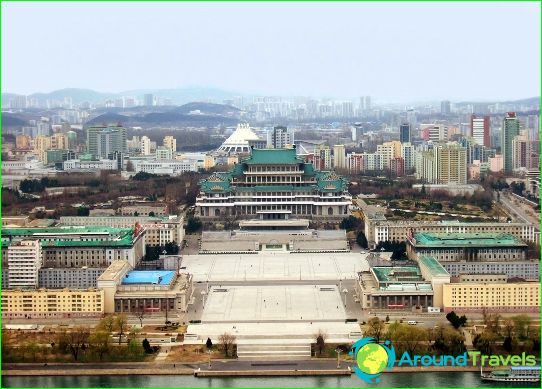 For a long time, thanks to the representatives ofsupreme power North Korea, which pursued a policy of isolationism, the country was completely closed to the world tourists. In recent years, taken some steps in this direction.

It is clear that international tourism in the NorthKorea is taking its first tentative steps. Not many travelers who want to get into here. But the most daring yet found who dream to discover the mysterious world of the ancient inhabitants, who inhabited these lands to meet with amazing natural monuments and modern atmosphere.

All - in the hands of the state

Tourism is a promising sector of the economy of Korea. It is under the control of the authorities. The country has a National tour operator, which determines the reception and service of foreign guests. Also on the staff of the company charged with the organization of cultural, historical and sports tourism.

The second way to get into the country - throughforeign firms, which must be accredited by the Ministry of Foreign Affairs of Korea. With their help, to get visas to comply with the formalities and much easier than doing it yourself.

Resorts for all tastes

Given that North Korea makes only the firsttimid steps in the field of international tourism, we should not expect luxury resorts and luxury living conditions. Meanwhile, the country can find resorts that specialize in beach holidays. They are located on the coast of the Sea of ​​Japan, which is called the East.

You can find beach resorts and lake Sidzhung surroundings, in addition, the local mud baths are available course of procedures that promote immunity and general improvement of the tourist.

Rёngan - another resort, specializing inspa procedures and courses, located to the south-east of the North Korean capital. For the treatment and recovery of used water local radon source. Earlier this resort only served the supreme rulers of the country, now it is open to foreign tourists.

Local media recently reportedthe opening of the east of the ski resort of the country, known as Masik. The length of the routes of over 100 kilometers and a width of some of them reaches 120 meters yes. For tourists - sports equipment hire, lift, a hotel and even a helipad.

Activities in Norway in June: prices and ...