Articles about Solomon Islands
by aroundtravels

Honiara - capital of the Solomon Islands 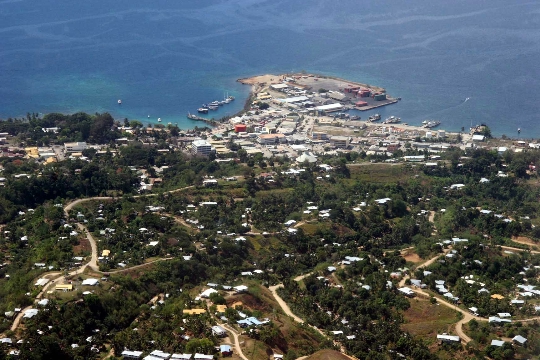 The capital of the Solomon Islands - the city havingHoniara interesting name, serves as the administrative center of one of the provincial government. The province bears the same difficult to utter, but poetic name that island - Guadalcanal, and is located in the eastern part. Climatic conditions, according to the majority of tourists are not very good. On the one hand, the year-round summer, very warm, the other - sub-equatorial climate provides high humidity.

large falls in April - During Januaryprecipitation as a power in the celestial office come the north-west monsoon. Then comes the relatively dry period. Such weather conditions lead to the rapid growth of tropical forests, shrubs, grasses and flowers.

The indigenous people of the country - the Melanesians - in theirtime were significantly pushed back by the Spaniards, who have greatly expanded our understanding of the world. Thanks to one of the Spanish sailors on the map, a new placename - Solomon Islands. The name of the discoverer - Alvaro de Mendaña de Neira, but these things happen a significant event in the XVI century. Two hundred years later the territory of Germany moved, even a century later - the UK.

Events of the last world war led to thethat landed on the islands of the Japanese, who won the British. Therefore, the territory once again became a British colony. It was only in 1978, the Solomon Islands were entitled to independence, and simultaneously acquired the capital Honiara status.

In Honiara there is a place that is the center ofAttraction guests, arriving with cultural or business objectives on the island. This marina Point Cruz. It is here, in this area the Spanish explorers left their first mark. To all of the following at their heels travelers knew who was a pioneer, the Spaniards established a cross on the beach. Naturally, through the centuries that have passed since that memorable moment, the cross was gone, but it has grown a wonderful city.

Architectural attractions in the capitalSolomon Islands survived a little, the main objects that attract the attention of tourists with the building meets the local parliament; International Airport, meeting guests and their attendant; National Museum of the Solomon Islands.

But the main attraction of this heavenly place - gorgeous nature, not only forests and beaches, but also amazing underwater landscapes and a rich world of Neptune.

Top 10 entertainment on the beach