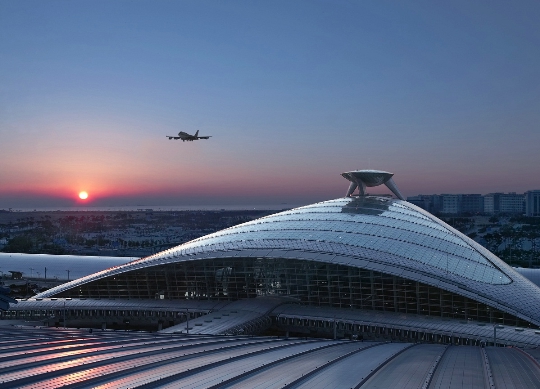 To get from Russia to South Korea Airporthelp "Aeroflot" and Korean Air, operating direct flights from Moscow daily. In the sky will have to spend a little more than 9 hours. In Seoul, you can be on the wings of an absolute majority of European and Middle Eastern airlines with connections. In this case, the road would have to pledge to 6-8 hours.

Incheon Airport in Seoul - one of the largest and busiest in the world. He was several times awarded the title best in the world, especially in terms of environmental friendliness and cleanliness.
Also typical set of services, intendedstandards for international airports, Incheon offers its passengers the field for golf, ice rink, casino, cultural museum and winter gardens. Duty Free Airport Center South Korea has repeatedly been named the best in the world, and errors in the design of baggage up here only 0.0001% of the total volume. Annually Incheon receives and sends more than 40 million. Passengers.

Comfortable and cheap transfer offer to the city every half hour train speed railroad AREX. The station is located next to the main terminal. The journey time is 43 minutes.
Machinery taxi white or yellow cheapest black belong to a class "lux" and the price for a ride on them can be twice as expensive.

Education in Greece. Study in Greece - ...