Coat of arms of South Korea 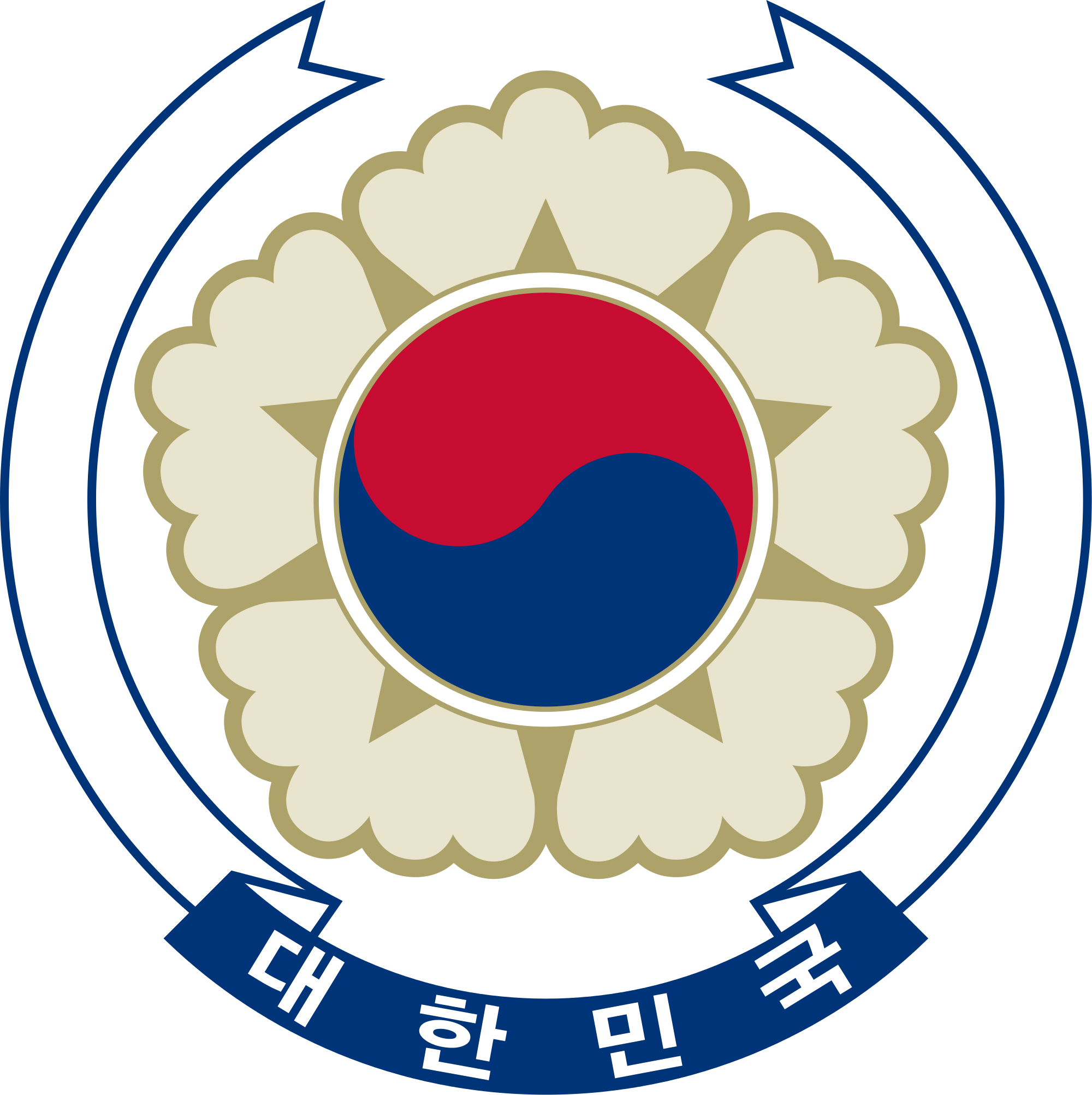 Coat of arms of South Korea - is a tribute to the ancient traditionsthe Korean people, as well as the present. This emblem was adopted in December 1963 by a special decree of the President. The coat of arms found their way to all the major Korean characters that can also be found on the flag. The main emblem of the Republic of Korea signed a deeper meaning, but at the same time, it is very simple in its design.

As the Korean flag, a central elementEmblem of South Korea is a whirlwind of red-blue color (thegyk), enclosed in a circle, around which describes a pentagon. This element is deeply symbolic and is associated with an eternal truth. Internal elements of "yin" and "yang" represent the eternal confrontation between the two opposing forces. "Yin" shows a figure in blue, and "yang" is shown the red figure. Together, both characters make up an indivisible unity, harmony. Their color also have a deeper meaning: the red color symbolizes nobility long, and blue are associated with hope.

Pentagon, outlined around thegyka - isa stylized image of a flower mallow (Hibiscus). Mugunghwa is considered the national flower of Koreans. His veneration began in ancient times. Translated from Korean Mugunghwa means "immortal flower". Koreans have long noticed that the mallow flowers bloom much longer, other colors, so its symbolic tradition bound Mugunghwa with immortality, prosperity.

Only once the Koreans have forgotten your favorite flower- It was in the era of Joseon. At that time, the national flower was the flower pears, but he was not able to save in the memory of the people as much as Mugunghwa. Already in 1907, he remembered about it in the text of the national anthem. The status of national secured him in 1948. Until now, Koreans often call their country "the birthplace of hibiscus." On the country's coat of arms depicts the five petals of the immortal and beautiful flower.

The stylized 5 petaled flower for a long timeamong the most important symbols of the country. For example, 5-petalled flower of the plum used by members of the imperial family as a state seal. Many believe that he once could even wear the coat of arms of the status. The modern coat of arms of the Republic of Korea records the ancient tradition.

Emblem white ribbon encircles the entire structure. In the lower part shows the name of the "Republic of Korea". It is typed characters phonemic letter Hangu.

Iran Kitchen: photos, dishes and recipes of the national ...