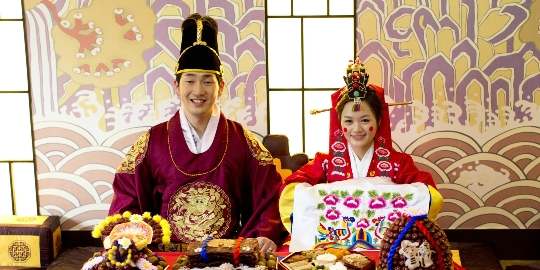 The rapid economic growth of the Republic of Korea,which began in the second half of the twentieth century, did not prevent the preservation of indigenous culture and rituals of the ancient people. Western standards and the rules of fashion appeared in the life of every inhabitant of the peninsula, but they could not force out of its old traditions Appliances South Korea.

About age without reserve

Do not be surprised if at the beginning of the Korean talksasks you about the age, without a shadow of doubt on his face. This is not idle curiosity or contempt, but only the desire to choose the right style appeals to the interlocutor. Welcoming equal in age, makes Korean traditional handshake, but greeted with a senior, he shake his right hand with both his. With parents or older people are not made to argue, and their desires fulfilled unconditionally.
Welcoming someone else, people in the countryMorning freshness necessarily accompanies handshake slight bow. At the entrance to the house of the traditions of South Korea require to remove their shoes, with bare foot is a sign of disrespect, but because the socks or stockings - an indispensable attribute of the clothes and the guest and the host.

Koreans are afraid of red ink and believe thatto see their own name, they have written - is a sign of a close finish. To avoid unpleasant situations, it is not necessary to fill in red ink pen, if you're not going to find mistakes in school notebooks.
Against the background of these prehistoric superstitions at leaststrange look modern trends in Korean life. For example, a certificate for plastic surgery for facial evropeizitsii here give mothers their daughters in honor of graduation, and length of skirts at the same girls every year are becoming increasingly tends to zero.

What to buy in Brussels. What to bring out ...