Home>Articles on Sri Lanka>Articles about Colombo>Sri Lanka Capital: card photo. What is the capital of Sri Lanka?

Sri Lanka Capital: card photo. What is the capital of Sri Lanka? 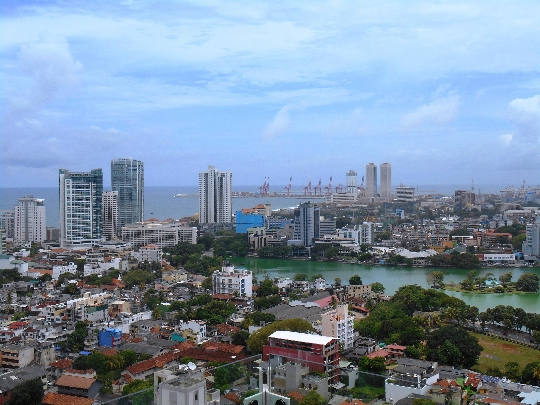 Enough small state locatedin the Indian Ocean, it is surprising that the official capital of Sri Lanka and the actual are located in different cities. Parliament and the Supreme Court are in town with a name that is almost impossible to remember or pronounce - Sri Jayawardenepura Kotte. Maybe that's why all the tourists adore second capital - Colombo. Here it is located the government and the president. In addition, guests prefer the cultural and historical attractions, is rich in the city of Colombo.

City of a Thousand Temples

In Colombo, indeed, any tourist will be able toto find a large number of places of worship and religious buildings, even without using the card. Here there are Christian churches and mosques, as well as supporters of the temple complexes of Hinduism and Buddhism.

One of the most beautiful Buddhist complexes inColombo - Kelaniya Raja Maha Vihar. This is one of the classical examples of fine architecture Sinhalese. Inside, on the walls, housed a large number of murals depicting certain scenes from the life of Buddha.

In addition, the most popular are the following structures of the temple:

All of them are of interest forTravelers keen on architecture, though worthy of the attention of any visitor. In memory are thousands of great pictures of common types of temples, decor pieces, frescoes and murals.

Informal walk around the city

In addition to religious buildings, there are others in Colombonot less beautiful places. Firstly, it is worth a walk through the square and the park, which is located on the waterfront. The attention of tourists attracted to the tower, topped by a clock, the old lighthouse. Secondly, familiarity with the "Victoria" or visit the "Cinnamon Gardens' unique nature of Colombo can be extended in other areas, for example, take a walk in Central Park - the capital's famous gardens.

With the country's wildlife is best acquaintednot in the wild, and at the local zoo, which is located about ten kilometers from Colombo. In addition to various predators such as tigers, leopards, and here you can see a lot of other members of the Sri Lankan fauna. But the most striking spectacle that awaits tourists - a representation of the trained elephants.

How to fly from Riga to Moscow? Time ...