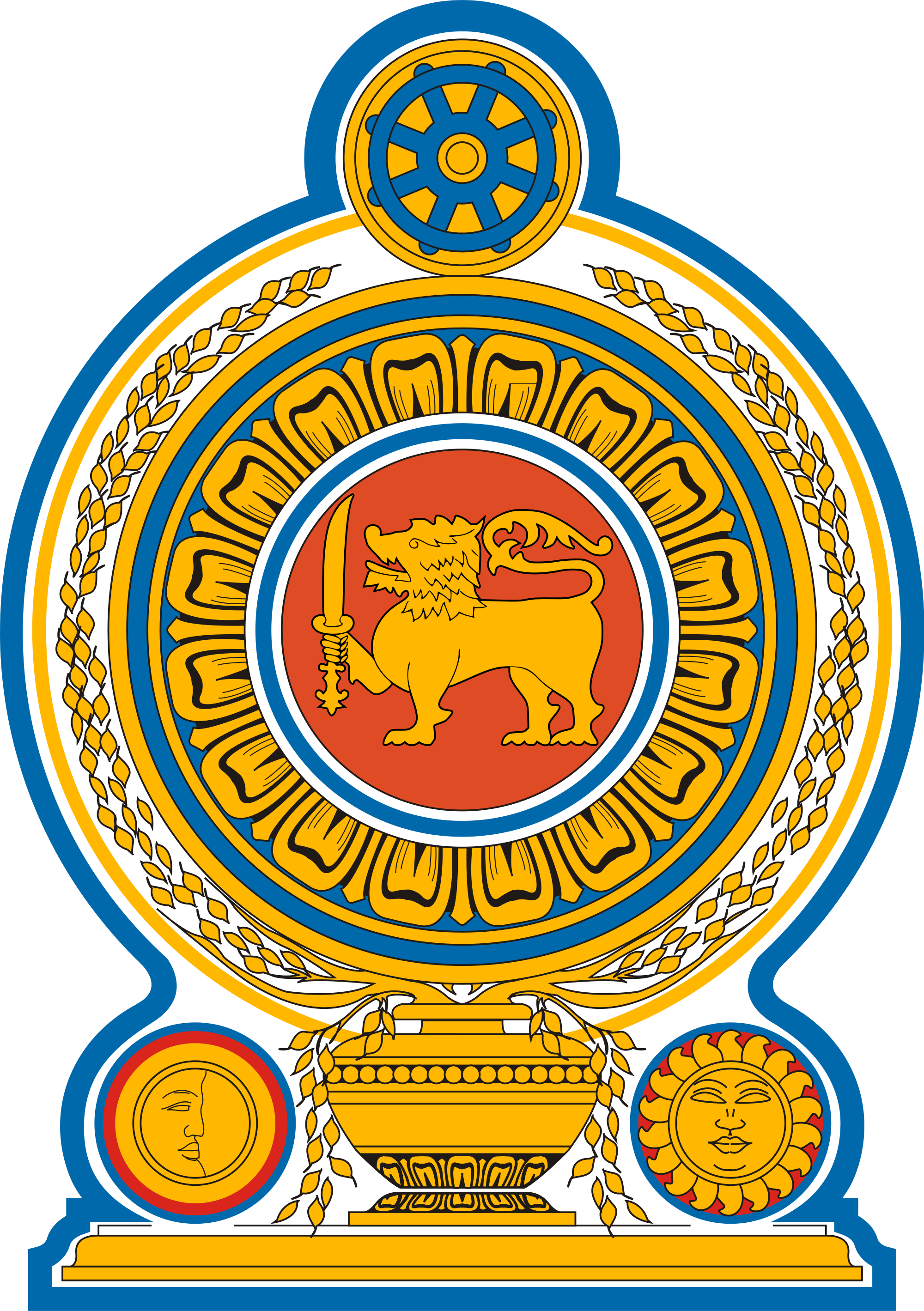 Indigenous population of Ceylon consideredSinhalese and Tamils. Sinhalese belong to the Indo-Aryan race. They call themselves "Sinhala" or "lion", since the word "sync" in translation from the Indian is a lion. Perhaps it is this fact contributed to the fact that the coat of arms of Sri Lanka has a central image in the form of the king of beasts, and several Buddhist symbols.

Coat of arms of Sri Lanka state in its current form has the following characters:

An excursion into the history of the island

At one time, the beautiful island of Ceylon survived the first period of the Portuguese, then the Dutch and later the British government, before becoming an independent and free state.

For almost 150 years (from 1505 to 1658)inhabitants of the island were forced to submit to a distant Portugal, which, thanks to the brave sailors significantly expanded its territory. Ceylon at that time had a national emblem in the shape of a shield. The central place in it took the elephant depicted in the background of trees.

The Dutch, who replaced the Portuguese, not requiredcardinal change of the emblem of the island, left a shield, an elephant and palm trees. It still image has been added to another scarlet shield and crown decorated with precious stones.

British, surpassing the representatives of Holland,Early reign left an emblem of Ceylon unchanged. In a later version of the emblem was a stylized image of an elephant, the shield was gone, instead there was Dharma wheel.

Liberty Island in the Indian Ocean

After independence, an important event,occurred in 1948, one of the main tasks was to create their own coat of arms. For such an important matter, even a special committee has been established. Recommendations of its members is taken into account in establishing a national emblem of the young state.

Then came the royal Sinhala lion, andWheel of Dharma. Top coat of arms adorned with the British Crown, which disappeared in 1972. Later, due to changes in policy, the national symbol of Sri Lanka left several important elements that belonged to the Socialist heraldry.

It details a bunch of symbolizing the city of industry, in the form of gears, and the village, agriculture, which is symbolized by means of an ear of corn.

Norway Flag photo, history, the value of the state flowers ...