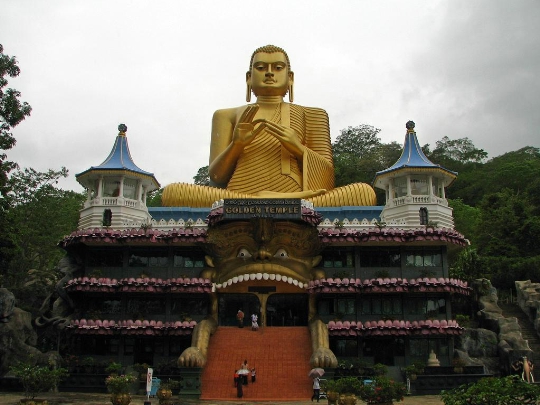 The ability to have fun - probably the most important part of any holiday. Entertainment in Sri Lanka will not let you get bored for sure.

Not far from Kandy (just forty kilometers)near the city of Pinnawala, is located a real elephant rehabilitation center in the local jungle. It is home to elephants, left without parents, and old house elephants, which the owners can no longer (or not) contain greater. Here you can not only watch the way the animals are fed and bathed, but also to communicate with these intelligent animals for fun.

The zoo is located 11 kilometers from the centercity ​​and suburb Dehiwala. The park is located in a large area and a walk on it like and kids, and their parents. Be sure to check out the local terrarium and appreciate the beauty of the unique Cobra albino. Zoo Aquarium is home to numerous marine species. In addition, "Butterfly House" has collected a huge collection of tropical insects.

Small restaurant is located directly on the beachWadiya. It serves a variety of seafood. With this you can be assured of their absolute freshness. Lobsters, shrimp, crabs, oysters, tuna and marlin are prepared according to your wishes: they can fry, cook on the grill, simply boiled or served raw. And while wanting to try a lot of snacks, hungry here no one goes.

This resort town is just 10kilometers from the international airport. And many travelers stop here, preferring silence the turbulent life of the nation's capital. Hence, too, and begin to travel along routes Ceylon.

Negombo - an ancient port city, where ships were sent to Europe with a variety of spices. Even now, the city is surrounded by a huge amount of cinnamon plantations.

The external appearance of the town was formed in the periodthe colonization of the country, and the Dutch it remains in memory a lot of attractions. In particular, the old fort and a network of water channels. The city still live the descendants of the colonizers. As the population Negombo profess different religions, it is located in the neighborhood of the mosque, Catholic and Protestant churches, Hindu temples and Buddhist stupas.

The coastal waters of the ocean affect the diversity offish found here. And fishermen will never return empty boats. Fish markets offer crabs, shrimp, and huge lobsters. If you want to watch the fishing auctions, it will have to get up very early with the sun. It was at this time the fishermen and returned to port.

Liberia Flag photo, history, the value of the state flowers ...