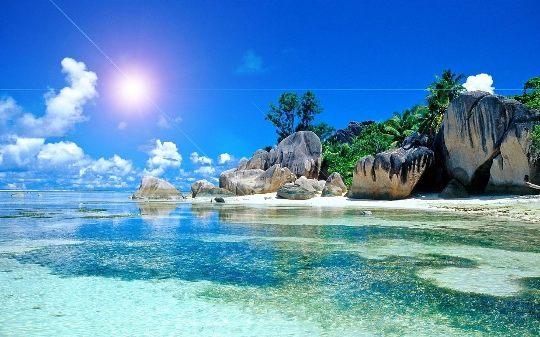 Sri Lanka - this is one of the most attractivecountries for most tourists. It is here that you can spend a special holiday, which will make the best impression. However, some national characteristics of Sri Lanka should be noted?

Currently Sri Lanka is home to aroundtwenty million people. 75% are Sinhalese who practice Buddhism. It is this religion is the basis of lifestyle and has an impact on governance. In the north, the east live Tamils ​​(16%) who profess Hinduism. In addition, Sri Lanka live Veda, Moors, Malays.

Locals are different good-natured and easycharacter, smiling, but it can be extremely slow. Unfortunately, the war was the beginning of a difficult period for the entire state, so some people tend to cheat.

Be prepared for the fact that the localshello folding his hands, making a gesture of prayer, and slightly leaning, but can also be applied to hands. Remember that to greet, take food and feeding stuff left hand missed, because it is designed for hygienic needs.

In Sri Lanka, live people who practice Buddhism,Hinduism, Islam, Catholicism. Many pilgrims from around the world come to this mysterious island, which attracts with its picturesque nature. What are the sacred places of pilgrimage should be noted?

In Sri Lanka, there is no animosity in religion, because faith is accepted bequeath.

Remember that it is forbidden to photographmonks, temples and monasteries, local residents, and to stand with his back to the Buddha statues. In the temples you can go in the clothes covering the knees, shoulders, but a hat and shoes should be removed.

Children's camps in Penza in the summer. Children's ...